Available on streaming platforms and with an accompanying music video shot in Gaza, “Shouting at the Wall” fulfills the fierce rapper’s promise to release another searing track about life in occupied Palestine.

“I am exhausted. Last night I couldn’t sleep and when I did, I heard bombs in my sleep,” MC Abdul raps, over Irish producer GMC Beats’ reflective arrangements, which feature lamenting oud notes.

In the first verse, MC Abdul, real name Abdalrahman Alshantti, details the anxiety and uncertainty Palestinian families experienced during the bombardment of Gaza in May, which left about 200 dead and more than 1,000 wounded.

“Huddling in the corner of my room, trying to protect my little brother,” he raps. “As the building shakes like it’s possessed, but there is nothing stronger than the will of the oppressed.”

The second verse is dedicated to Palestinian resilience. “Buildings turn to ash but my mind is made of steel, so it doesn’t take much for me to heal,” he sings.

MC Abdul also touches on how hip-hop is his solace during challenging times. “The power that I have in my pen, when I’m writing I am unstoppable. The microphone is the only escape possible,” another lyric states.

Tying the song together is an anthemic chorus functioning as a hip-hop battle cry for Palestinian resistance. “I want freedom for the population, two million prisoners living in this location,” the chorus goes. “Shouting at the wall but nothing is ever changing. That’s life under an occupation.” 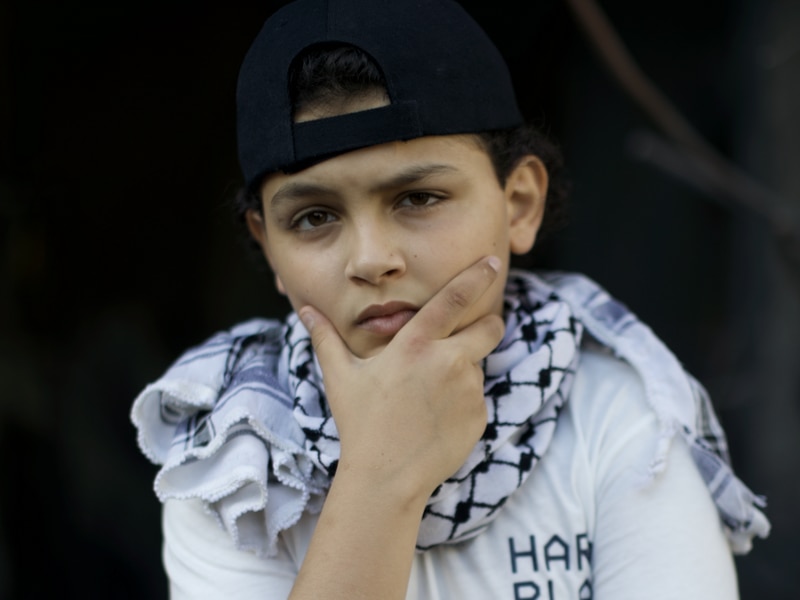 Palestine’s MC Abdul is back with new single ‘Shouting at the Wall’. Courtesy Empire.

Shot in one take, the accompanying video follows MC Abdul as he raps his way across the wreckage in Gaza.

“Shouting at the Wall” is his first song with record label Empire.

The label and music distribution company was founded in 2010 by Palestinian-American Ghazi Shamiand and has its headquarters in San Francisco. It has released hits by the likes of hip-hop stars Tyga (“Taste”), Fat Joe (“All the Way Up”) and XXXTentacion (“Look at Me”).

Abdul got himself on Empire’s radar after his song, Palestine, went viral.

Released in May amid the latest bout of conflict, the track had him rapping about the Palestinian cause over beats of Eminem’s “Cleanin’ Out My Closet.”

More from Sounds of Resistance

Music, the Alternative to War – Ode to Joy by Beethoven

Lives in the Balance