Everyone alive then has a story of this moment. On that clear September morning walking along 4th Street to where I worked, St. Vincents, in minutes to become the nearest operating hospital, I heard the first jetliner filled with loved ones roar overhead and then pop, strike the north tower of the World Trade Center. That whole evening through the night 20 years ago, I served at “Ground Zero” and, during the remaining week, volunteered at the missing person centers flooded with relatives and friends hoping for a miracle.

I will posit that we have not honored these deaths, these wonderful lives. Not yet. And it is time we do.

Reverently peering around the pile with a headlamp, listening for any sounds of life, determined to save at least one person in that overwhelming silence—yes, the eastern side was extremely quiet that first evening—I felt a most powerful force envelope the entire atmosphere: Love. Love like I’ve never experienced before. A love clearly as MLK, Jr. described “not some sentimental emotion, but the supreme UNIFYING principal of life.”

Souls permeated the billowing ether—however you wish to identify them—reaching out, calling not only to their loved ones, but a desperate plea for healing in the world, a calling for us to learn more how to care for one another. That hundreds of millions around the world sending the same message to that very spot was acutely tangible. “Please, let’s make the world a better place.” I know an Irish MD who ran immediately while the towers were burning and caught the next flight to NYC. It was the last flight allowed to land here. She came right to our hospital unannounced, as thousands did.

The way to honor and recognize those some 3000 lost in these September hours became quite apparent to many. The response to volunteer, forming long lines around corners, came from every block and around the world. World leaders from every nation, friend and “foe” heeded the moment and called to offer help in any way. This gathering wisdom and world community was deflected by this administration. That heartfelt communication around the now vanished Trade Center was swiftly interrupted. When it was safe enough for our leader to arrive to our new sacred site, his rallying call was for vengeance.

Upon hearing his words, a chill ran down my spine. My knees almost buckled, standing up to scream inside, “No! No! Noooo!” For many of us the call for retaliation, too common, too easy, was known to beckon further inhumanity and suffering. As Confucius wrote, “If you want vengeance, dig two graves.” That truth is borne out once again.

We know now that the media passed over its obligation to citizens, not exposing an agenda that had more to do with obtaining material resources than “protecting freedom.” We rushed to war. We lost liberties. Later when we held signs that warned “No Blood for Oil,” our voices were not reflected in the press. Perhaps the most brave, and clear, were the September Eleventh Families for Peaceful Tomorrows declaring “Not in our Name.” They were maligned with labels of being unpatriotic and more. For me they continue to show best path forward to honoring all lost, then and since.

This past week Netfix had a movie called Worth about the heartrending decisions on how to compensate fairly and calculate the worth of the victims of 9/11. I did not see it, but know there is something deeply amiss with not yet calculating the equal worth of the some million who’ve lost their lives as a result.

Today, Mark Colville finally walked out of prison. He and with six other Catholic Workers also sacrificed their lives for the greater whole, by entering our nuclear weapon-laden submarine base in Georgia, which alone has the capacity to end human life a few times over, with a banner of MLK, Jr., and spray-painting “Love One Another.” Many on the jury that convicted them seemed not to know there were such weapons in their county and the defendants were prevented by our courts from telling them of their existence, nor their cost, nor their grave danger, nor about the laws the U.S. violates with them, nor their deeply discerned reasons for their civil disobedience in 2018 on the anniversary of Rev. King’s assassination. If citizens all knew, we’d make the change to this grave irreversible threat to us all.

Many 9/11 families have been trying to sue Saudi Arabia to learn more about the connection of its government with Bin Ladin and the 15 Saudi hijackers. Some 20 pages devoted to this were removed from the 9/11 Commission report as being too sensitive. The much harder facts to investigate and explain will be the reality that it is our U.S. representatives who had these pages taken out of the report, not the Saudi’s. Let’s honor all the victims with more openness and truthfulness.

Another way to honor the call helping the world be a better place: We can acknowledge a serious deficit in addressing the rising climate crisis. We and NATO and other nations are stating they wish to get to a zero carbon footprint in years ahead, yet they have all excluded from this effort the largest single consumer of fossil fuels, polluters and destroyers of habitat, our military-industrial complex. The United States alone has over 800 bases overseas. There is no reporting or record keeping, no transparency or accountability of carbon use from our militaries for our climate goals: “No one has asked us, and, we can’t because China and Russia aren’t transparent.” So the cycle of irresponsibility continues as endlessly as war itself. We can change this. (For more, see German public broadcasting’s report Carbon bootprint: What’s NATO’s responsibility for the global climate crisis?)

Instead of genuine nation-building, our leaders brought the full weight of our military to bear in Afghanistan, the stepping stone to Iraq, replete with highly paid mercenaries and contractors, in a land whose history, culture and language they did not know. Our Congress went along, except for one brave U.S. representative, Barbara Lee, who stood alone in the halls of Congress, reminding colleagues that the first option should never be a military option. She pleaded with them to not become the evil we wished to overcome.

Our soldiers paid dearly. Naturally believing authority, of what we now know better were lies, many went to serve that vengeance, as well as to feed and support their families. Thousands have since struggled with post-traumatic stress disorders and far too many have committed suicide. “The time is always right to do what is right,” MLK, Jr. encouraged. Let our beloved from above help us reach out to console all those who suffer the inhumanity of war.

You say we have ended the Afghanistan war? Is drone warfare, now “Over The Horizon” warfare, okay with you? Have we read the pleas of brave whistleblowers who describe the horrors of what drones and secret prisons have done to innocents? They are paying the heavy price for thinking that if we knew, we would halt this in our name. I thank them, yes. The “end” of the war with Afghanistan has not translated into any cut in the Pentagon budget. On the contrary our military-industrial complex is busy weaponizing and surveilling and strategizing for continual conflicts and cover-ups. 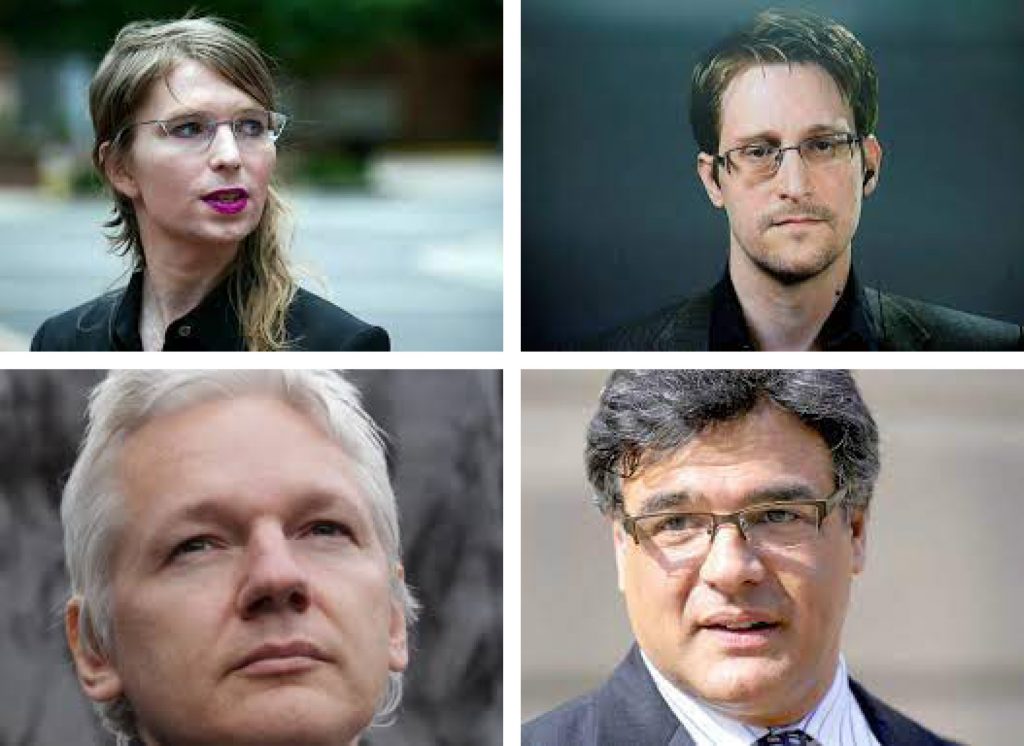 Some of the whistleblowers who have suffered exile or imprisonment for their efforts (clockwise from top left): Chelsea Manning, Edward Snowden, Julian Assange, and John Kiriakou.

We’ve built a memorial downtown that remains a steady tourist destination—for one adult to take the tour, it costs $46 plus a $2 service fee. We have an annual, well-publicized public event with speeches, prayer, flowers, names, and moments of silence. Two large beams of light shine all week. We have thousands of plaques and banners saying, “Never Forget.”

There is no way for me to ever forget and not honor these, and our soldiers, and the hundreds of thousands of other innocents murdered in this retaliation.

On the evening of 9/11, souls were calling out mightily for something very different, the call for compassion.

We can honor the lost souls of that day by encouraging truer democracy here and in the world. By addressing our shared climate challenge and our global pandemic and economic disparity. By advocating these actions bettering a world for all. By not spending trillions on a senseless renewed nuclear arms race, while ignoring international laws. Let us join the Treaty on the Prohibition of Nuclear Weapons. Millions already gathered in the streets saying No War, and No Nukes. Perhaps we’ll finally hear, remember and act on this show of democracy?

In their and our name, it is never too late to turn humanity away from the sheer horror and profiteering of war, from oppression, injustice. We can continue the hard work of cooperation and getting to know the “other.” Rather than walls of division, let these beloved now be our bridge.

On this 20th anniversary of 9/11, we must hear the desperate dispatch to us from that day: “Love one another.” Twenty years ago throughout that horrible moment, from yards away, those words filled the empty sky above and circulated instantly around the world. I hear them still.