Veterans Global Peace Network Statement on the War in Afghanistan

Edward Horgan, retired Irish Army commandant and founder of Veterans For Peace Ireland, has for the past months been involved in setting up a new organization called the Veterans Global Peace Network (VGPN) and in drafting the following statement on the Afghanistan War. One of the purposes of the VGPN is to reach out to military veterans and others worldwide that are being targeted for exploitation and aggression by the U.S., NATO and their allies. They have already created links with veterans in Russia, Iran, Vietnam, Portugal, Spain, the United States, Germany, Colombia, and other countries.

The Veterans Global Peace Network, made up of veterans’ organizations from different countries, wishes to denounce as criminal the failed intervention initiated by the U.S. in Afghanistan; a war based on lies, in which not even the military on the ground themselves were clear about why they were there.

The disastrous U.S. strategy dates back to the 1970s, when they began to feed the mujahideen in order to destabilize the USSR and establish docile regimes in Central Asia. The consequence was a terrible civil war that brought the Taliban, the most radical among them, to power.

The U.S. invaded Afghanistan in 2001 with the excuse of removing the Taliban from power, although the invasion was already decided before 9/11; 20 years later, they shamefully withdrew, with the Taliban back in power.

It is the big economic interests that control the real power in the U.S. that have promoted this war: the Caspian to Indian pipeline, strategic minerals, the huge profits from opium cultivation and, above all, the invocation of a ubiquitous and elusive enemy, which they themselves have been busy feeding, to justify the need for exorbitant spending on arms and concessions to security companies. 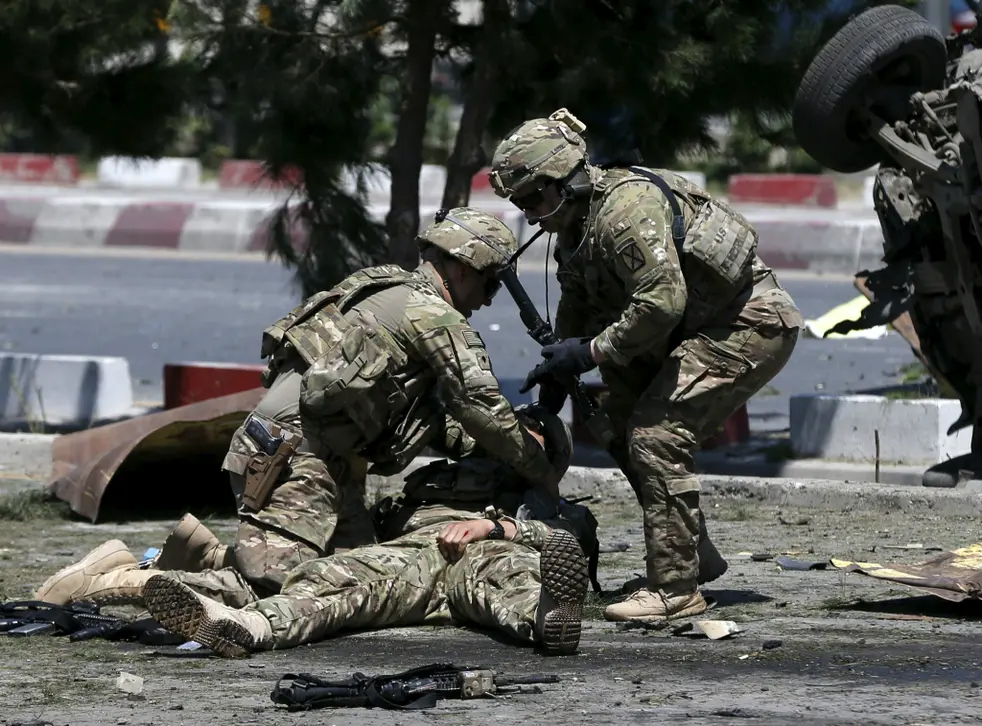 In their mad military campaign, they dragged the whole of NATO out of its natural defensive space, and many other countries, which went along with the hegemon’s game without objection, even though nothing had been lost to them in Afghanistan.

Their early encouragement of Islamo-fascism has given rise to the most bloodthirsty terrorist organizations, which have been spreading throughout the world in their various denominations. Although their consequences are clearly felt in the metropolises, they are nothing compared to the damage suffered by Muslim-majority countries.

The excuse of the war on terror has only resulted in an expansion of terrorism far worse than before.

The cost in lives of the war has been terrible: about 4,000 U.S. soldiers are reported dead (plus some 1,100 from other allied countries) and 20,000 wounded; and suicides among U.S. veterans, shocked by post-traumatic stress disorder and the absence of career prospects, amount to between 6,000 and 7,000 a year. No one seems to have bothered about casualty figures among the Afghan population, although estimates range from 50,000 to 100,000 dead, three times as many wounded and 5.5 million refugees.

The widespread use of torture, the use of contractors not subject to public scrutiny, and drone bombings on targets that were not an imminent risk and with a high number of non-combatant victims (especially women and children), have become common practice, in a radical and immoral questioning of international humanitarian law.

The Anglo-American model of managing the world’s security problems is based on the use of brute force, rather than dialogue and negotiation, with little regard for the fact that, as some of its main implementers have acknowledged, in this blind and senseless war, efforts to eliminate one element of resistance are met by the emergence of ten more.

The long-term outcome of this catastrophe remains to be seen: there are sufficient indications that the agreement with the Taliban for withdrawal was aimed at tertiarizing their endless war, leaving them the task of sowing chaos in their midst (China, Russia and Iran), while the U.S. focuses on its ultimate imperial objective: war against China, which although it has never in its history shown expansionist or aggressive impulses, is now seen as its ultimate existential threat.

As veterans who have served in this and past wars, we are enraged by leaders that lie to us and lack the moral courage to act even when there is proof. We demand accountability in real and tangible ways. The pandering and posturing of so many politicians today is infuriating.

We must see a shift towards a future that holds the military and government officials accountable. We must reduce the Western powers’ military budgets and reallocate those funds towards social programs that prioritize meeting people’s needs and to support the masses of refugees that seek safety for their families.

In the name of all victims, VGPN demands from the powers involved in this war the reception of all Afghan refugees and resettlement aid, as well as war reparations for Afghanistan and all Afghans. All those countries responsible or complicit must be forced to pay punitive war reparations for all the casualties and structural damages. To our brothers and sisters in Afghanistan, we at VGPN wish to express our heartfelt sorrow for your losses, and send prayers of strength for your rebuilding efforts.

VGPN also demands the recognition and acceptance by the U.S. of the authority of the International Criminal Court and the submission to its jurisdiction of those who have promoted and conducted the war in Afghanistan as war criminals.

Edward Horgan
Dr. Edward Horgan, a former Army commandant, served with U.N. peacekeeping missions in Cyprus and the Middle East in the 1970s. He had joined the Army cadet school in 1963 and was commissioned as an officer in 1965.While serving with the U.N. in Cyprus in 1966, 1971 and 1973 and in the Middle East in 1973-74, it was his duty to explain the basic concepts of international law to the soldiers under his command. After leaving the military, he achieved a first-class honors BA degree in history, politics, and social studies in 2001 and was awarded a master’s in philosophy (peace studies) degree by Trinity College in 2000. He has worked as a civilian U.N. volunteer on election and democratization missions with the United Nations and the EU in Bosnia, Croatia, Nigeria, Indonesia, Zimbabwe, and East Timor. He is a veteran Shannonwatch peace campaigner, international secretary of the Irish Peace and Neutrality Alliance, founder and coordinator of Veterans For Peace Ireland, and the founder of The Veterans Global Peace Network.