Notes from the Edge of the Narrative Matrix

I love how everyone’s just pretending the Afghanistan Papers never happened and the Taliban takeover is some kind of shocking tragedy instead of the thing everyone knew would happen because they’ve been knowingly lying about working to create a stable government this entire time.

If the U.S. had a free press and was anything like a democracy, the government wouldn’t be getting away with squandering thousands of lives and trillions of dollars on a twenty-year war which accomplished literally nothing besides making assholes obscenely wealthy.

Thousands of human lives. Trillions of dollars. If western mass media were anything remotely resembling what they purport to be, they would be making sure the public understands how badly their government just fucked them. Instead it’s just “Oh no, those poor Afghan women.”

War apologists talk about “doing nothing” like that’s somehow worse than creating mountains of human corpses for power and profit. “We’ve got to DO SOMETHING about the Taliban! We can’t just do NOTHING!”

Uhh, yes you can. Please for the love of God do nothing. Doing nothing would be infinitely better than more military interventionism in a nation you’ve already tortured for twenty years for no valid reason.

People who think U.S. interventionism solves problems just haven’t gone through the mountains upon mountains of evidence that it definitely definitely does not at all. Nobody honestly believes the US needs to invade every nation in the world with illiberal cultural values; they only think that way with Afghanistan due to war propaganda. And women’s lives in Afghanistan have still been shit under the occupation.

They had twenty years to build a stable nation in Afghanistan. Twenty years. If you believe that’s what they were really trying to do there, or that results would be any different if you gave them twenty more, you’re a fucking moron.

If you think the U.S. needs to be in Afghanistan so the Taliban doesn’t take over then have some integrity and intellectual honesty and admit you want perpetual occupation. In which case you should be arguing for Afghan annexation so they get votes and congressional representation.

The objection shouldn’t be that there was no “withdrawal plan”, it should be that there was no occupation plan. Nothing was done in those entire twenty years for the long-term benefit of Afghans. The entire plan was “Stay and plunder as much as we can until we feel like leaving.”

And of course more than this we should be upset that the U.S. and its allies invaded Afghanistan at all, killing hundreds of thousands of people for no legitimate reason.

I am once again asking you to stop believing U.S. military invasions have noble intentions. 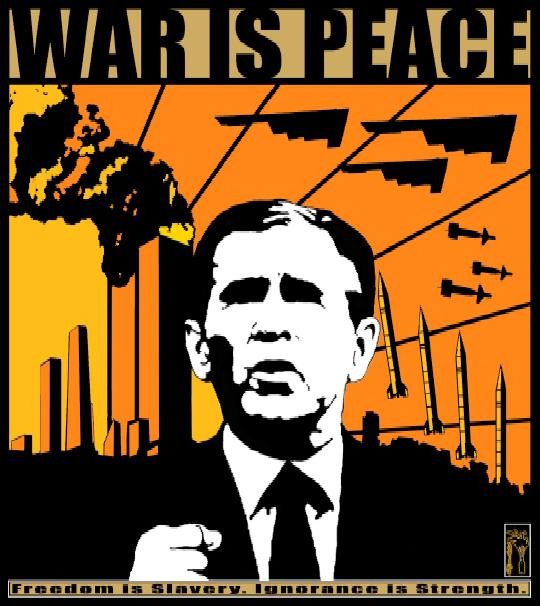 Now would be a great time to un-rehabilitate public opinion of George W Bush.

People who think the U.S. military can be used for good remind me of that scene in Edward Scissorhands where he’s going around the house accidentally slashing things and then trying to fix them but he can’t fix them because he’s got horrible scissor hands that can only slash.

You’ll never see westerners so concerned about humanitarian issues as when there’s a chance some distant part of the world might not be subjected to military occupation by the most murderous power structure on earth.

Oh no, the country is immediately returning to the state it was in before we started using mass military violence to force it to look a bit different for a while. That’s like dressing your kid up as Batman for Halloween and then getting sad the next day because Batman’s gone.

Can’t figure out why Americans keep consenting to a government foreign policy of piracy and mass murder which is killing people by the millions via starvation and military violence. All that theft must be buying them awesome benefits like great healthcare and quality of life. Americans must be the happiest most thriving people in the world.

So many movies depict young men coming home from World War 2 like “Howdy Ma, hey Pop, boy it’s great to be home, now I gotta go see about that girl!” instead of hollowed out husks who’d go on to live out miserable half-lives beating their children and trying to drink away their trauma.

I still can’t get over how mainstream news stories about empire-targeted countries can be based entirely on reports by think tanks that are openly funded by weapons manufacturers. How is the fact that this is journalistic malpractice not obvious to everyone in the world?

The international symbol for the United States should be the Pentagon. It’s far more representative of what that nation stands for and what it does than some flag or an eagle.

War is the worst thing in the world. It’s the single most insane, destructive and unsustainable thing humans do. People who tell me I shouldn’t focus on it as much are people I just disregard, because they simply don’t grasp the horrific nature of war and the need to condemn it.

Western rightists are being trained to blame western civilization’s rising authoritarianism on “communism” and “Marxism”, and as a result they are reacting to anti-capitalists like myself with increasing shrillness and hysteria while the actual (very capitalist) authoritarians go unopposed.

Just another regular reminder that there will never be peace and economic justice as long as the majority are successfully convinced by establishment propaganda that those things are not in their interest. The propaganda machine must first be discredited and rendered nonfunctioning.

If you’ve got any urge to write articles or make videos or a podcast, just do it. You’re infinitely more qualified to be the media than people who are paid by billionaires to lie, and they’re not asking anyone for permission to speak. If Chris fucking Cuomo gets a voice, then so do you.

You don’t have to be perfect or professional quality or whatever; hell, give yourself permission to outright suck at first if that’s how it plays out. Give yourself permission to not be perfect and just learn as you go and correct your mistakes as you make them. That’s allowed. Again, no matter how bad you are you’re still infinitely more qualified to report the news and tell the truth than any of the shitstains who are being platformed by multibillion-dollar media outlets right now, and whatever you make will be better than what they make. Just do it.

Don’t stop if you don’t get a big audience right away, or if you never do. It’s not about that. If you can open even one person’s eyes to one aspect of reality, you are helping humanity to become a more conscious species by that much. That’s what it’s about. That’s what matters. And even if you don’t do that, fleshing out your ideas in some public medium is a great way to help yourself become aware of more things and deepen your own understanding, so you’re still improving humanity by that much. So no matter what happens you can’t lose.

If we’re ever to turn things around it will be the result of a very large number of us grabbing a rope and tugging. You don’t have to be a megastar, you just have to do your bit. Start from there and see what happens.

It’s impossible to be a truly good person without loosening your relationship with mental narrative. If you’re clinging tight to thoughts and beliefs you’re not able to relate to life as it is, you’re just relating to your own mental stories, so you can’t respond to life wisely.

Les Miserables’ Inspector Javert is a perfect depiction of what goes wrong when you emphasize narrative over reality, in his case replacing true goodness with moralism, with shoulds and shouldn’ts and rules and laws instead of responding to life as it shows up like Valjean. In contrast to Javert, Valjean is able to recognize that Fantine’s plight was a result of his own negligence even though she shows up as a prostitute in trouble with the law. Because his eyes are open to life as it is, he’s able to exercise true compassion and help her and Cosette.

People like Valjean are able to see through not just their own mental narratives, but the narratives that are imposed upon them externally by mass-scale propaganda. People like Javert will support every power agenda no matter how depraved, because they believe mental stories.

Ego doesn’t make it out alive. One way or another, it’s a goner. It either dies by being seen through, or it takes us all out with it. The good news is that every single one of us gets to make that choice in every single moment.

Listen to a reading of this article.

Caitlin Johnstone
Caitlin Johnstone is a 100 percent crowdfunded rogue journalist, bogan socialist, anarcho-psychonaut, guerilla poet and utopia prepper living in Australia with her American husband and two kids. She writes about politics, economics, media, feminism and the nature of consciousness. She is the author of the illustrated poetry book Woke: A Field Guide For Utopia Preppers. Her website is  caityjohnstone.medium.com/.