Can the United States Provide an Off-Ramp For Putin?

But if you acknowledge the provocations that the United States has made in dealing with Russia over the past 20 years, then consider the possibility that U.S. concessions could provide an opening for high-level talks with the Kremlin and perhaps a cease-fire. One way to slow the spiral of horrific fighting and Western delivery of increasingly lethal military weaponry, which now includes more sophisticated armored combat vehicles and mobile artillery, is to start talking.

In the past, an unstable or weak Ukraine faced major invasions aimed at Russia or the Soviet Union.  In the 18th century, Sweden’s Charles XII joined forces with Cossacks to eliminate any Russian threat to its Baltic lands.  The Great Northern War dragged on for 12 years before the Swedes sued for peace and ceded their Baltic lands to Russia in the Treaty of Nystad.  In the 19th century, Napoleon Bonaparte sent 600,000 troops into Russia; 100,000 returned.  In the 20th century, Adolf Hitler’s campaign witnessed the loss of 100,000 forces that froze or starved to death.

Putin’s recent speeches have emphasized the Western threat to Russia, particularly the “cynical use of Ukraine and its people to weaken and divide Russia.”  Putin emphasized that “We have never and will never allow anyone to do this to us.” The United States is counting on diplomatic isolation and international sanctions to stop the Russian invasion, but this is unlikely. The fact that Russia is internationally isolated and economically challenged will not deter Putin from his objectives in Ukraine. Russia has always believed it was exceptional in terms of its spiritual superiority, particularly its ability to make the kind of major sacrifices that ultimately led to the defeat of Napoleon and Hitler.

The incorporation into NATO of seven former members of the Warsaw Pact, including three former republics of the Soviet Union, was consolidated between 1999 and 2009.  The younger Bush even flirted with NATO membership for Ukraine and Georgia, but former German Chancellor Angela Merkel talked him back from this dreadful idea.  Over time, moreover, the United States built a regional missile defense in Poland and Romania, with the risible explanation that it was designed to counter an Iranian missile attack.  There is also a U.S. military base in Poland that the Poles wanted to name Camp Trump.  More than 12,000 U.S. troops are based in western Poland and the Baltics.  European members of NATO rotated forces through the Baltics and East Europe even before the Russian invasion. 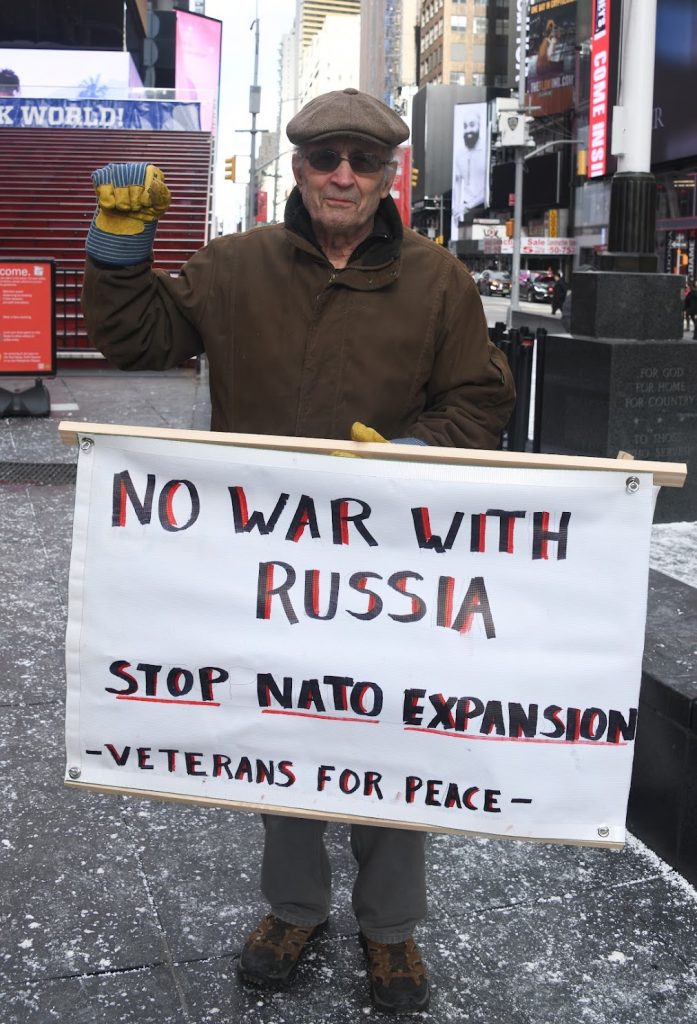 For the first time since the end of WWII, the United States has deployed the Army’s elite 101st Airborne Division in Europe at a large post in southeastern Romania, close to the fighting in Ukraine and to Crimea.  The airborne troops are using the post to conduct coastal defense training in the Black Sea. NATO ships are conducting threatening exercises in the Black Sea.  U.S. forces are training with NATO allies in Bulgaria, Germany, Hungary, and Slovakia.  The United States considers these moves as part of a strategy of “deterrence deployment.”  The Russians presumably have a different view of this deployment.

Although Putin is not prepared to negotiate with Ukraine, and President Zelensky is committed to regaining the four eastern provinces of his country as well as Crimea, the United States has sufficient reason to engage the Kremlin.  In order to do so, Washington must acknowledge that the expansion of NATO was threatening and that deployment of U.S. and NATO forces to Russia’s borders can’t be unlimited.  If Washington were to acknowledge that Ukraine should not be a NATO member and that there should be limits to U.S. and NATO deployments in East Europe, Putin might find a way to end his military adventure.  As long as Putin maintains his popularity in Russia, which seems to be the case currently, there is something to be said for offering a face-saving gesture that could lead to a cease-fire.

In return for U.S. restraint in East Europe, Moscow must agree to significant reductions in its tactical nuclear inventory, which has never been subjected to arms control.  Russia and the United States have 90% of the world’s strategic nuclear stockpile, with Russia also holding as many as 2,000 tactical nuclear weapons. Putin’s escalating nuclear rhetoric is an additional reason to begin a dialogue on a cease-fire and the threatened use of tactical nuclear weapons.

Time is not on Ukraine’s side, and there will be no end to Russia’s war of horrors against Ukraine. Nevertheless, the conventional wisdom in Washington’s national security community is that more lethal weaponry must be delivered immediately so that Ukraine can attack targets in Russia itself. Two of the more prominent Russophobes and war hawks from the Bush administration—former secretary of state Condi Rice and former secretary of defense Bob Gates—argued in the Washington Post on January 8 that the “way to avoid confrontation with Russia in the future is to help Ukraine push back the invader now.” They want “longer-range missiles, advanced drones, and significant artillery shells” for Ukraine’s forces  They believe this will stop Putin now before “more is demanded of the United States and NATO as a whole.”

Rice and Gates, who are addicted to the use of military force, acknowledge that Ukraine’s “economy is in shambles, millions of its people have fled, its infrastructure is being destroyed, and much of its mineral wealth, industrial capacity and considerable agricultural land are under Russian control.” Nevertheless, they want to escalate the war and increase the chances of a wider and more horrific confrontation that could lead to a Russian-American confrontation. Such thinking led to four years of mindless fighting in Europe in WWI.

Melvin A. Goodman
Melvin A. Goodman is a senior fellow at the Center for International Policy and a professor of government at Johns Hopkins University.  A former CIA analyst, Goodman is the author of Failure of Intelligence: The Decline and Fall of the CIA and National Insecurity: The Cost of American Militarism. and A Whistleblower at the CIA. His most recent books are American Carnage: The Wars of Donald Trump (Opus Publishing, 2019) and Containing the National Security State (Opus Publishing, 2021). Goodman is the national security columnist for counterpunch.org.