The Mystery Chord and the James Webb Space Telescope

It took 15 fingers on three hands, the hearts and souls of three people working together, to make that sound. It’s a communitarian chord, the sound of a whole that’s more than the sum of its parts.

Guitar players spent decades trying to solve the riddle of the “mystery chord,” the seemingly unplayable combination of notes that opened the Beatles’ working-class lament, “A Hard Day’s Night.” The secret of that chord hints at a deeper music, the kind that can’t be shaped from loneliness or ego, the kind that can take us anywhere.

If that sounds like a lot to lay on something as simple as a guitar chord – yeah, it probably is. It’s just one chord, after all, in a pop song that’s almost sixty years old. But the story of that chord still resonates.

The James Webb Space Telescope is a little bit like that chord. It will unveil new realities about the origin of the universe, the moment when that single note sang everything into existence. The only way to understand this achievement is by recognizing all the hands, all the fingers, that are working together to make it happen.

As NASA tells us, “Thousands of scientists, engineers, and technicians from 14 countries, 29 U.S. states, and Washington, D.C. contributed to build, test, and integrate Webb.” At least 258 public and private entities collaborate on the telescope, under the guidance and funding of three government programs: NASA, the European Space Agency (ESA), and the Canadian Space Agency (CSA).

Our celebrity-crazed media culture gave much more coverage to Richard Branson’s and Jeff Bezos’ billionaire ego-trip launches than it did to the space telescope, even though the telescope has the profound scientific importance those launches lacked. (Branson didn’t even enter space, at least not officially. My commentary on that is in The Emperor’s New Rocket.)

Both Branson and Bezos have a history of environmental advocacy, but only on their terms. They have always put profit first, whether it’s Branson monetizing an island paradise or Bezos monetizing … well, everything. They want to monetize everything that’s beautiful, everything that should be shared by everyone.

They’d harness the wild stars to pull the wagons of commerce. They’d use the turning of the galaxies to time their employees’ bathroom breaks. They’d imprison an angel and sell the diamonds in its tears.

The only thing the Webb mission has in common with those billionaire junkets is that all three were financed with public money. NASA, the ESA, and the CSA got their funding by inspiring the public with a vision. Branson and Bezos got theirs by lobbying for government funds, through tax evasion (legal or otherwise), and through their business practices (monopolistic or otherwise).

The Webb Space Telescope will “revolutionize the study of space”.
“We are all in the gutter,” an Oscar Wilde character once said, “but some of us are looking at the stars.” People often misunderstand that line, which is spoken by an unscrupulous man trying to deflect well-deserved criticism with glib talk. That reading applies to Bezos and Branson, perhaps, but not to the kinds of people who look to the stars with hope and idealism.

The Webb Space Telescope will “revolutionize the study of space”, said astrophysicist Karl Glazebrook, “allowing us to see back to the beginning of time, to the first stars and galaxies after the big bang, and solve some of the greatest mysteries of the universe.” 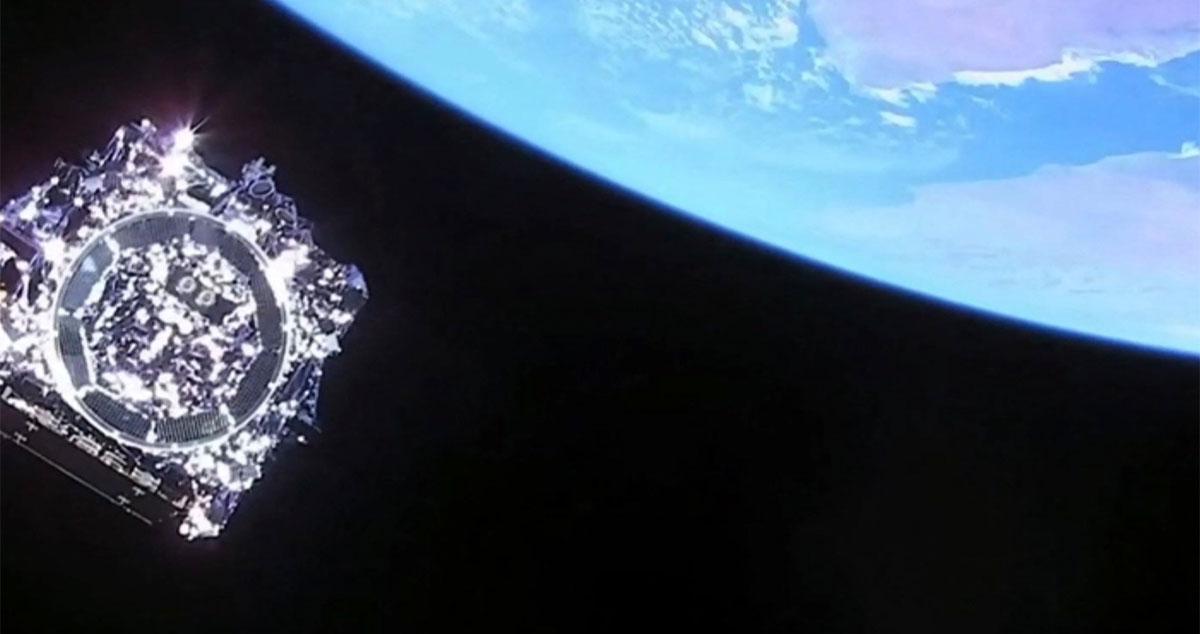 Times are hard. We’re struggling to survive in the gutter they’ve dug for us. But we’re still staring into the night for answers. We want to understand where we came from. And we’re searching for the mystery of beauty itself, the secret longing that made us look up in the first place.

We’re looking at the stars, not because there’s money or ego gratification in it but because … well, because that’s what living beings do. We look at the beauty around us with wonder, and awe, and appreciation.

Beautiful things like that are called public goods, and they should be part of a public economy.
Imagine. All that beauty, and it costs nothing to enjoy it. That’s what they want to take away.

Beautiful things like that are called public goods, and they should be part of a public economy. That’s how public goods are protected, and kept wild, and made available to everyone forever. That way, we come to love them. And when we love them, we protect them.

The James Webb Space Telescope is a beautiful example of that principle in action. It shows what people and countries can do when they work together for the benefit of everyone. It shows what all of us can do together, what the monetizers of the universe can never do alone.