If, after the horrors of this week in Afghanistan, the 4-Starry-eyed generals responsible for this 20-year March of Folly are not held accountable, there will be still worse to come. None were held accountable for the disasters of Vietnam or Iraq, and now the allegedly smart 4-Star Generals and Admirals are – get this – preparing for war with China and Russia.

“Civilian control” of the military is a fiction when the Departments of Defense and State are headed by windsock politicians like Robert Gates and Hillary Clinton, not to mention President Barack Obama who lacked the spine to stand up to political generals like David Petraeus. This was clear as a bell 12 years ago, when on March 27, 2009, Obama announced his first surge of troops into Afghanistan.

He claimed his decision was the result of a “careful policy review” by military commanders and diplomats, the Afghan and Pakistan governments, NATO, and other international organizations. That he did not mention any intelligence input into this key decision for a slow surge in troops and trainers was not an oversight. There was no intelligence input – just as there was none before the benighted “surge” of U.S. troops into Iraq in 2007, during which an extra thousand GIs were killed.

Gen. David Petraeus and Defense Secretary Robert Gates were in charge, and they knew best. They would run their own policy review, thank you very much. And if the outcome meant an automatic fourth star for the generals, who’s to complain. 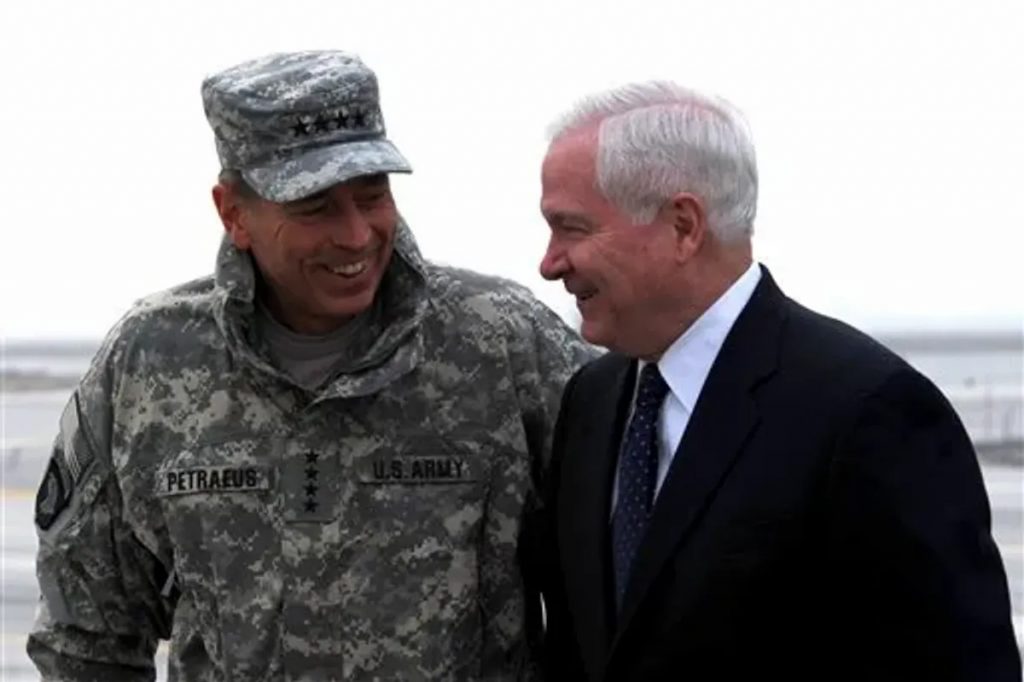 The pressure on Obama was so clear that when he announced his decision to surge troops into Afghanistan I wrote “Welcome to Vietnam, Mr. President.”

“The road ahead will be long,” Obama warned. That part he got right; that was guaranteed by the strategy adopted.

It seemed only right and fitting that Barbara Tuchman’s daughter, Jessica Tuchman Mathews, then-president of the Carnegie Foundation, showed herself to be inoculated against the kind of “cognitive dissonance” about which her historian mother Barbara Tuchman warned in her classic book, The March of Folly: From Troy to Vietnam. In a January 2009 Carnegie report on Afghanistan concluded, “The only meaningful way to halt the insurgency’s momentum is to start withdrawing troops. The presence of foreign troops is the most important element driving the resurgence of the Taliban.”

Many old hands in intelligence and the military were also highly skeptical, but Congress and the mainstream media remained bedazzled by the medals and merit badges of Petraeus and other generals, some of whom looked forward to another star and kept their mouths shut. Only one summoned the courage to speak out. He happened to be the top US commander in Afghanistan, Gen. David McKiernan, who a few months before had publicly contradicted his boss, Defense Secretary Gates, when Gates started talking up the prospect of a “surge” of troops in Afghanistan.

McKiernan insisted publicly that no Iraqi-style “surge” of forces would end the conflict in Afghanistan. “The word I don’t use for Afghanistan is ‘surge,’” McKiernan said, adding that what is required is a “sustained commitment” that could last many years and would ultimately require a political, not military, solution.

One argument Gates adduced to support his professed optimism made us veteran intelligence officers gag – at least those who remember the US in Vietnam in the 1960s, the Soviets in Afghanistan in the 1980s and other failed counterinsurgencies.
“The Taliban holds no land in Afghanistan, and loses every time it comes into contact with coalition forces,” Gates explained. Was he unaware that his remark echoed one made by US Army Col. Harry Summers as the Vietnam war was approaching its own denouement?
In 1974, Summers was sent to Hanoi to try to resolve the status of Americans still listed as missing. To his North Vietnamese counterpart, Col. Tu, Summers made the mistake of bragging, “You know, you never beat us on the battlefield.”

Colonel Tu responded, “That may be so, but it is also irrelevant.” it 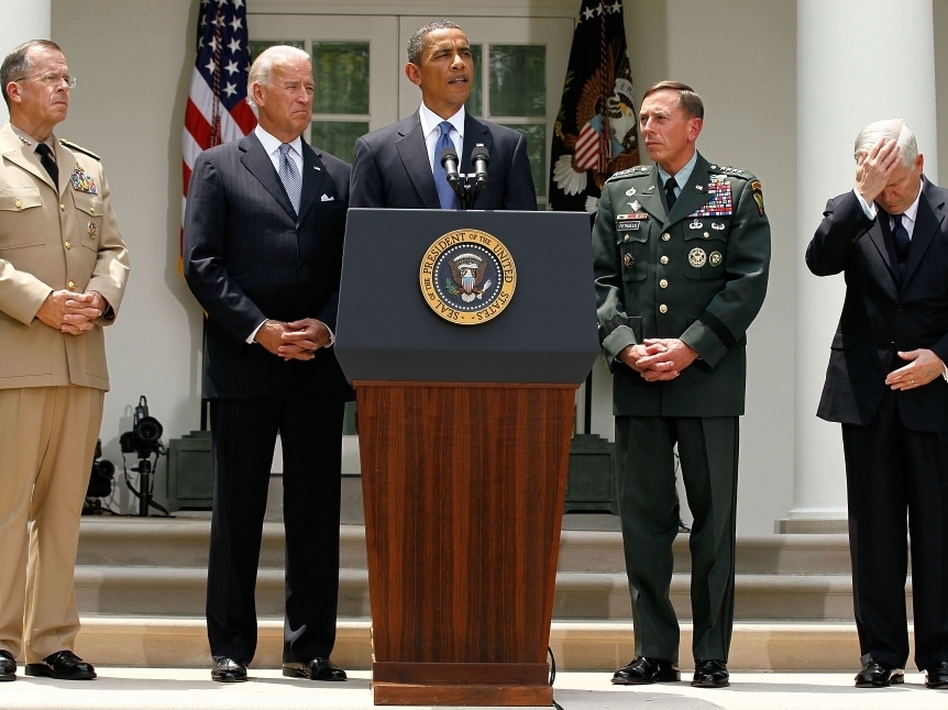 Obama’s generals resemble all too closely the gutless general officers who never looked down at what was really happening in Vietnam. The ones standing behind Obama had smarts – but not courage – enough to have told him: No; it’s a bad idea, Mr. President.

It Will Happen Again, Unless…

This time there must be accountability for Afghanistan. The more so since generals and admirals, active duty and retired, are going off half-cocked. Some of them, like Admiral Charles Richards, head of US Strategic Command, are saying nuclear war is possible. Earlier this year Richard wrote that the US must shift from a principal assumption that nuclear weapons’ use is nearly impossible to “nuclear employment is a very real possibility.”

And retired Adm. James Stavridis, former commander of NATO, is already talking about war with China “perhaps ten years from now.”
Accountability and effective civilian control of such general officers can prevent the next March of Folly.

Ray McGovern interview by Regis Tremblay (currently residing in Crimea) on why the Soviets invaded Afghanistan and why they left. He talks about the US retreat and what it means for US credibility and prestige in Europe. Ray speaks about the four star generals who lied and got rich off the 20 year debacle that cost trillions of dollars, thousands of American lives, and more than a quarter million Afghani lives:

Raymond McGovern is a former Central Intelligence Agency (CIA) officer turned political activist. McGovern was a CIA analyst from 1963 to 1990, and in the 1980s chaired National Intelligence Estimates and prepared the President’s Daily Brief. He received the Intelligence Commendation Medal at his retirement, returning it in 2006 to protest the CIA’s involvement in torture. McGovern’s post-retirement work includes commenting for Consortium News, RT, and Sputnik News, among other outlets, on intelligence and foreign policy issues. In 2003 he co-founded Veteran Intelligence Professionals for Sanity (VIPS). His website is https://raymcgovern.com/