Pictured above: Art Schaap, owner of Highland Dairy in Clovis, N.M., is facing a unique kind of devastation. He’s dumping 15,000 gallons of milk each day, had to let his 40 employees go and will have to kill all 4,000 of his cows because seven of his 13 wells have been contaminated by toxins called per- and polyfluoroalkyl substances (PFAS) that entered the groundwater at nearby Cannon Air Force base. Photo: Courtesy of Farm Journal.

Military sends notices to thousands of farmers warning of poisoned groundwater while evidence mounts that bases are contaminating the nation’s food supply.

In mid-September the DOD released shocking new figuresthat identify the scale of PFAS contamination in 95 installations from 35 states and Puerto Rico.

The DOD also reported that it sent letters using this template to 2,063 agricultural operations within a mile of 95 bases regarding the likelihood of poisoned groundwater heading their way. Across the country, water used for agricultural purposes contains per-and poly fluoroalkyl substances (PFAS), that have been carelessly used and discarded on most military installations since the early 1970s.

The average installation sent 21 notices. Half of the bases sent 7 or fewer. The Environmental Working Group (EWG) reported in April, 2020 that PFAS are confirmed or suspected at 678 military installations, according to DOD records. About half of the installations in the new database are reporting newer, elevated numbers.

Sec. 335 of the 2021 National Defense Authorization Act required the DOD to provide notification to any agricultural operation located within one mile down gradient of a military installation or National Guard facility where PFOS and PFOA has been detected in groundwater. At the time, the measure was deemed a victory for those in Congress calling for tougher regulatory measures, even though it is recognized that these chemicals may travel 20 miles or further in underground plumes. The DOD was largely off the hook from the git-go.

Spotlight on America, a subsidiary of Sinclair News Group, reported that the U.S. Department of Agriculture handed over contact information of more than 50,000 individuals to the DOD for potential notification.

A breakdown of the DOD’s new PFAS results and the numbers of individuals notified for each installation are included in the database. Arnold AFB in Manchester, Tennessee, with a combined total of 175,000 ppt for PFOS+PFOA in groundwater, led the effort with 375 notices sent to local landowners. The base is located in beautiful Coffee and Franklin counties where farmers mostly  grow wheat, corn, and soybeans. Colonel Jeffrey T Geraghty is the Commanding Officer. He ought to be commended. 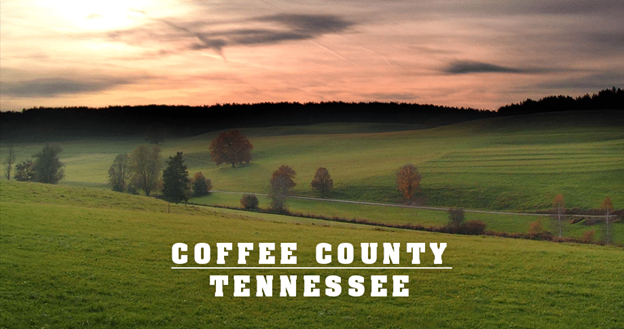 Coffee County Tennessee is “God’s Country” but the groundwater and streams are poisoned.

Although the FDA now says there is nothing to fear regarding PFAS in our food, a study they conducted 20 years ago showed bread from a Sav-a-Lot store in Tennessee contained 14,700 ppt of PFOA, arguably the most toxic variety of PFAS. Many states limit these substances to under 20 ppt in drinking water.

Apples sold in a store not far from Naval Station Pensacola with PFOS/PFOA levels of 126,300, had concentrations of PFOA above 1,000 ppt. while Ellen Birnbaum, the nation’s former top toxicologist argues the limit for PFOA in drinking water ought to be .1 ppt. Research indicates that PFOA in the tiniest levels is linked to pancreatic cancer. An apple a day?

Could the apples be contaminated by the military? Maybe. How about the shrimp and the fish in Pensacola? Likely. We won’t know until we conduct truly independent testing. We cannot trust the FDA. They say the fish are fine, while Michigan says the average fish in the Wolverine state contains 80,000 ppt. of PFAS.

The legislation mandating the DOD to send out notices only requires bases to do so if groundwater levels have been detected that exceed 70 parts per trillion for PFOS and PFOA combined, and 40,000 ppt for PFBS.

There are more than 8,000 varieties of these PFAS chemicals, while the same tests that report PFOS, PFOA, and PFBS in groundwater may be used to find concentrations of 36 varieties of PFAS, including many typically used on military installations. Congress and the DOD are content to focus on just three compounds.

Spotlight on America says it tried contacting the DOD more than a dozen times, requesting interviews with the Secretary of Defense as well as leaders of each branch of service. They  put requests into military leadership specifically tasked with handling environmental issues. None would agree to an interview.

I’ve created a spreadsheet using the 95 installations along with the data just released by the DOD as a starting point.

I set up rows with numbers from the initial DOD report on PFAS in March, 2018 and the Environmental Working Group’s (EWG) interactive map, PFAS Contamination in the U.S. (October 4, 2021). The EWG has not reported on the new data. In the case of eight bases: Castle, Dover, Grissom, Otis-JB Cape Cod, Pease, Warminster, Willow Grove, and Dallas the EWG under-reported the numbers previously provided by the DOD in March 2018. 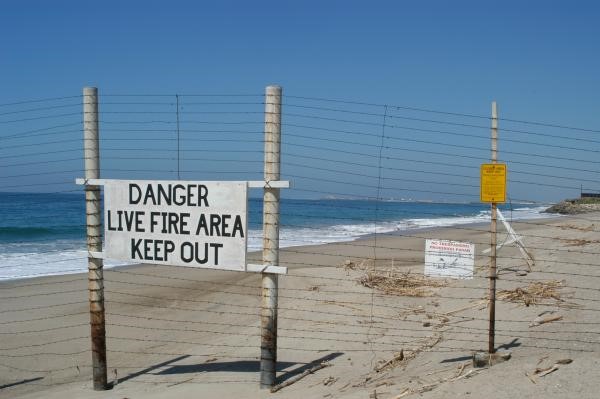 The Naval Air Warfare Weapons Station at Point Mugu is a 4,490-acre site on the coast of Southern California, near Ventura. The base is used for missile testing and training. Photo: The Center for Land Use Interpretation.

There were several shockers in the new numbers released by the Pentagon. Until now, the men with the medals on their chests had failed to report on PFAS levels in the groundwater at Point Mugu Naval Air Station in California. Point Mugu is reported to have 13,407,957 ppt of PFOS and 1,700,000 ppt of PFOA in its groundwater, making it the base with the highest levels of concentrations in groundwater anywhere.  It is very possible that the total of all concentrations of all PFAS compounds is twice the amounts reported, or more than 30 million ppt.

Edwards AFB in California is another shocker. The previously reported combined levels for PFOS/PFOA shot up from 322,000 ppt to 2,900,000 ppt now.

We’ve known for years that Plattsburgh AFB in New York had a combined total of 1,045,000 ppt for PFOS and PFOA. Now the Air Force is reporting concentrations of 1,596,000 ppt for the two compounds in the groundwater, a nightmare for the fragile Lake Champlain region of New York and Vermont. The Air Force sent notices earlier this year to just six landowners nearby, warning them of the potential for poisoned groundwater. What about the lake and its fish?  Why haven’t officials in New York and Vermont taken steps to test the water and fish for these toxins?

Other surprises include the notorious Camp Lejeune, North Carolina, known for a host of deadly toxins on base and tens of thousands of sick Marines. The Marine Corps had never released numbers on PFAS until now, reporting 172,748 ppt of PFOS in groundwater. The toxins are believed to be a threat to the New River and Atlantic seafood in the region.

Biddle Air National Guard Base in Willow Grove, Pennsylvania, about 20 miles north of Philadelphia, broke its silence by reporting 290,000 ppt of PFOS and 7,200 ppt of PFOA. The same is true of Offutt AFB in Bellevue, Nebraska. After being a no-show, Offutt reported 42,000/410,000 for PFOS/PFOA.  Corpus Christi NAS also emerged from darkness to report 155,000/358,000 for the two killer chemicals.

We’ll end with Puerto Rico. Out of nowhere, the shuttered  Roosevelt Roads Naval Station, Puerto Rico, shared that the level of contamination was 491,401 ppt for PFOS and 351,375 ppt for PFOA in groundwater. They ought to test the seafood. At least they ought to warn the public.

Please consider contributing to our work, especially for the testing. The DOD is extraordinarily vulnerable to citizens who take water samples of streams running out of bases.

Pat Elder is a member of World BEYOND War’s Board of Directors. He is the author of Military Recruiting in the United States, and the director of the National Coalition to Protect Student Privacy, an organization that works to counter the militarization of America’s high schools. Elder was a co-founder of the DC Antiwar Network and a long-time member of the Steering Committee of the National Network Opposing the Militarization of Youth. His articles have appeared in Truth Out, Common Dreams, Alternet, L.A. Progressive, Sojourner’s Magazine, and U.S. Catholic Magazine. He has been instrumental in helping to convince more than a thousand schools to take steps to protect student data from recruiters. Elder helped to organize a successful series of demonstrations to shut down the Army Experience Center, a first-person shooter video arcade in a Philadelphia suburb. Pat Elder worked to pressure the U.N. Committee on the Rights of the Child to call on the Obama Administration to adhere to the Optional Protocol to the Convention on the Rights of the Child on the Involvement of Children in Armed Conflict regarding military recruiting practices in the schools. Elder hold a master’s in government from the University of Maryland.