Author: Robert William Service
Robert William Service was born in 1874 in Lanchashire, England. He spent long periods of his youth traveling in the Western U.S. and Canada in the Yukon. He began writing poetry and verse when he was six year old. He wrote The March of the Dead in 1900 at the age of 26. It was about the Boer War. His brother, Alik was a prisoner of the Boers at the time having been captured along with Winston Churchill. The poem was later published in 1907 in The Spell of the Yukon and Other Verses. He died in 1958 after traveling extensively and writing prolifically. 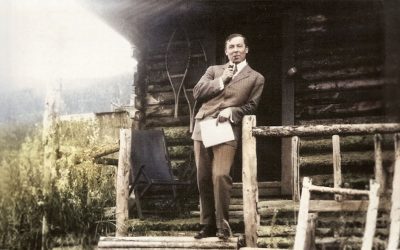 The March of the Dead

Music composed by Country Joe McDonald from the poem by Robert William Service. he cruel...