Author: Paul Zarzyski
Paul Zarzyski is a cowboy poet. The recipient of the 2005 Montana Governor's Arts Award for Literature, he received his MFA in creative writing in the mid-1970s from the University of Montana, where he studied with Richard Hugo, Madeline DeFrees, and John Haines, and where he later taught Hugo's classes after his passing. In the same breath in which he first pursued his poetry passion, he discovered a second unexpected calling—bareback bronc riding—and competed on the amateur, ProRodeo, and Senior circuits into his early 40s. 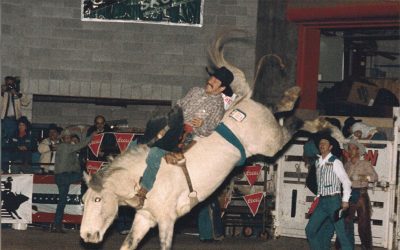 In D.C. to Recite Cowboy Poems for a Show Titled Poets, Politicians, & Other Storytellers, I Visit the Vietnam Veterans’...