Peace activists Dr. Edward Horgan, former army Commandant and U.N. peacekeeper, originally from Tralee Co Kerry, and Dan Dowling also a native of Tralee Co Kerry, are due to go on trial on Jan. 11,, 2023, at Dublin Circuit Court. This is as a result of an incident that occurred at Shannon Airport five years and nine months earlier, on April 25, 2017.There are two charges. The first alleged offense is trespass at the airport contrary to Section 11 of the Criminal Justice (Public Order) Act, 1994 as amended by the Intoxicating Liquor Act, 2008. The second is criminal damage by writing graffiti on a U.S. Navy aircraft contrary to Section 2(1) Criminal Damage Act, 1991. 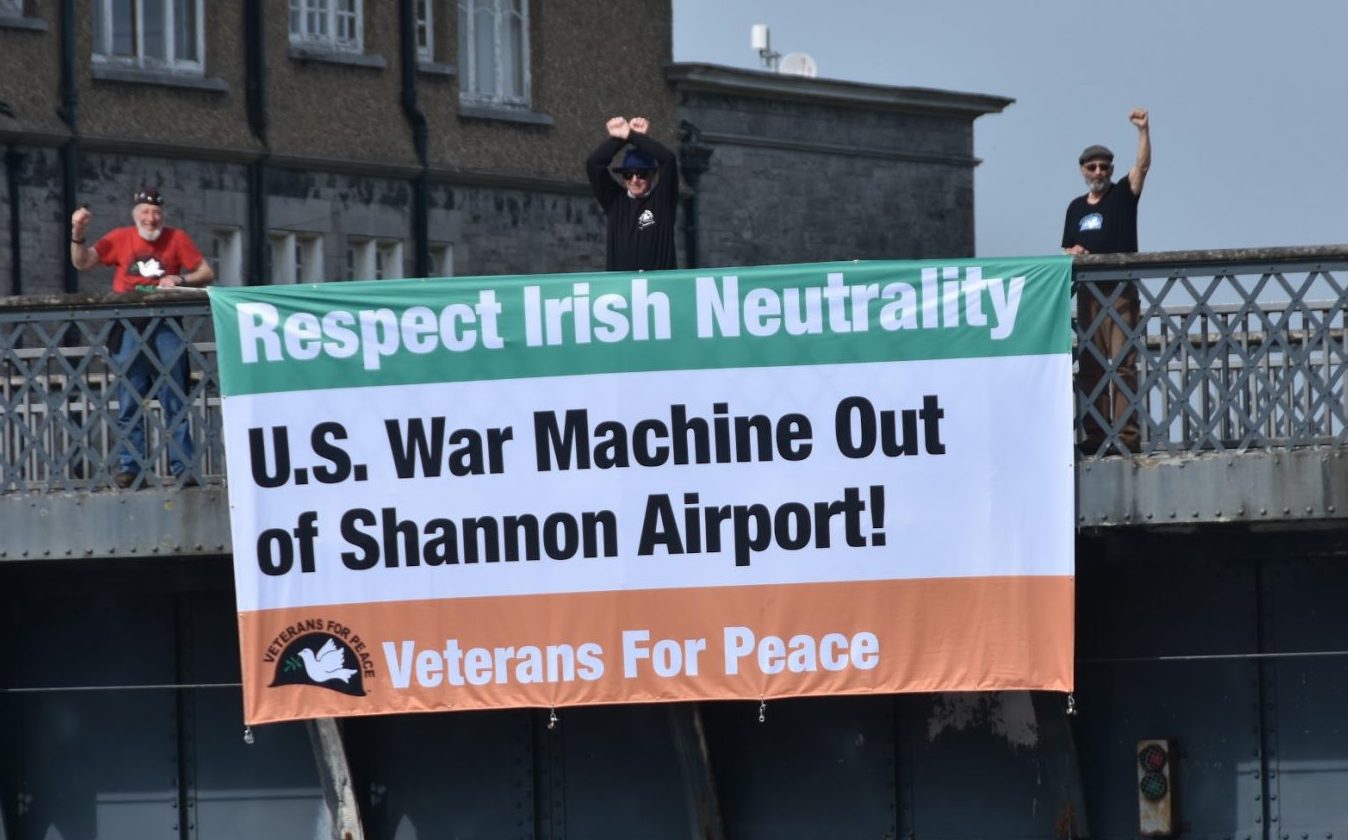 Dr. Ed Horgan (center) joins with U.S. vets Ken Mayers and Tarak Kauff for a banner drop in Limerick in 2019. Mayers and Kauff were arrested for protesting at Shannon Airport in 2019. Photo: Ellen Davidson

Both defendants will be representing themselves and are expected to conduct a robust defense to these charges.

Since 2001 well over three million armed U.S. soldiers and unknown quantities of weapons, munitions and other military hardware have been transported through Shannon, mainly to and from the Middle East. The United States has been involved as a belligerent in several wars including Iraq, Afghanistan, Libya, and Syria, as well as providing active support for the Saudi Arabian war in Yemen, and Israeli aggression and human rights abuses against the Palestinian people. U.S. military use of Shannon airport is in clear contravention of international laws on neutrality as well as arguably making the Irish Government complicit in breaches of the U.N. Convention Against Torture and the Geneva Conventions on War. 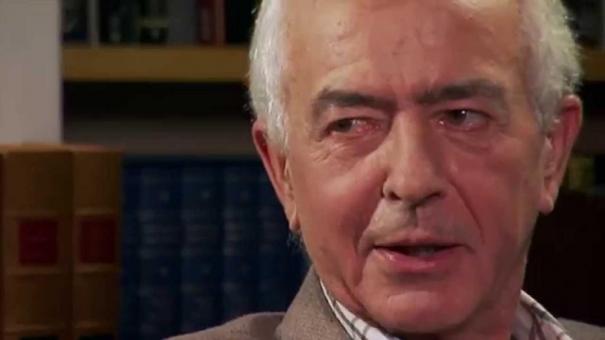 Speaking ahead of the trial, Edward Horgan,  a member of Shannonwatch, said, “This case is not just about the technicalities of breaches of international laws, even though these are important. The Criminal Justice (U.N. Convention Against Torture) Act 2000 brings the U.N. Convention Against Torture into Irish criminal law, and the Geneva Conventions (Amendments) Act 1998 also brings the Geneva Conventions within the scope of Irish law.”

When Horgan was arrested at Shannon Airport on April 25, 2017, he handed a folder to the arresting Garda (Irish police) officer. It contained the names of up 1,000 children who had died in the Middle East.

The trial is before a jury and is expected to take several days.

For interview, phone 085 8519623. For more information on Shannonwatch visit www.shannonwatch.org.

Shannonwatch is a group of peace and human rights activists based in the mid-West of Ireland. They hold monthly protest vigils at Shannon Airport on the second Sunday of every month. They also monitor all military flights and rendition-linked flights in and out of Shannon and through Irish airspace.

Shannonwatch’s objectives are to end U.S. military use of Shannon Airport, to stop rendition flights through the airport, and to obtain accountability for both from the relevant Irish authorities and political leaders. As a member of the Peace and Neutrality Alliance (PANA) it actively supports its campaign against the integration of Ireland into the U.S. and other military structures, and in particular the use of Shannon Airport by the U.S. military.