The Scorpion and the Frog

There’s an old fable by Aesop –

A scorpion and a frog meet on the bank of a stream and the scorpion asks the frog to carry him across on its back. The frog asks, “How do I know you won’t sting me?” The scorpion says, “Because if I do, I will die too.”

The frog is satisfied, and they set out, but in midstream, the scorpion stings the frog. The frog feels the onset of paralysis and starts to sink, knowing they both will drown, but has just enough time to gasp “Why?”

The scorpion replies: “It’s my nature…”

With information coming out about the war in Ukraine from reputable sources, investigative journalists with long histories of integrity, and on the other hand, a massive trainload of substantial detailed and seeming authentic news from government sources, people in Ukraine, the newspapers of records, it’s hard to figure out where the truth lies.

That’s when I think of the fable – the Scorpion and the Frog. The historical record, going back as far as one wishes shows the US establishment deceiving and lying the population into one war after another. In the fable, the scorpion shows his true nature to the frog but it was too late and they both die. In the case of the government, media, weapons industry and military I doubt they will ever tell the truth. I don’t even think they know what truth is anymore. It has become their nature. The question is, will we all go down together? 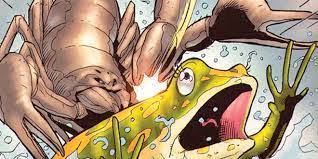 As far as Ukraine fighting for democracy and freedom, when has the US ever stood with a country like that? Has it ever happened? Or has the exact opposite always been the case? Given all that and the CIA and mass media’s incredible ability to fabricate and make what is unreal seem real, why would anyone now believe and take the US government’s side? Are we the frog and will we meet the same fate?

Congress, Pelosi, Harris all give Zelensky a standing ovation? That alone gives me pause. 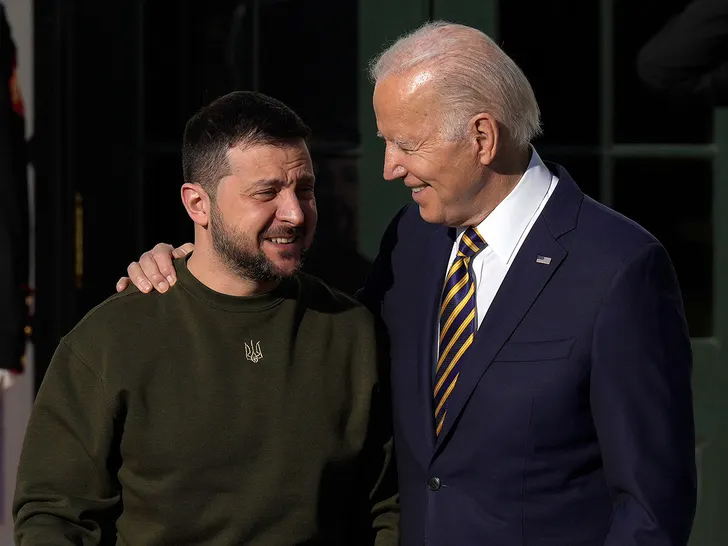 Putin, on the other hand, it is claimed, is an unhinged, megalomaniacal sub-human deranged Hitler intent on conquering Europe. Have you ever listened to him speak or read his speeches and not cherry picked statements out of context used to support idiots like Blinken and Pentagon lackys who keep moving us all closer to nuclear war? Do we not realize how dangerous these people are? Hello out there?

And yes, the war needs to end and Russia to pull back to pre-invasion borders. However it is absurd in the extreme to think Russia will do that before negotiations. The demand for that is simply creating an impossibility for negotiations to take place. Nothing excuses war but is it so difficult to see that US/NATO and an armed Ukraine represented a very hostile and real existential threat right on the Russian border? A threat that was like the scorpion with never any good intention.

The people in the Donbas and Crimea need to be able to choose what country they want to be with (and they have) but okay, to do it again with international observers. “Former UN official Alfred de Zayas has also called for UN-administered referenda to determine the wishes of the people of Crimea, Donetsk and Luhansk.” And both Ukraine and Russia need real security guarantees with actions to back that up. But in order to do any of that both sides with US/NATO encouragement need to observe a cease-fire, a truce, and sit down and talk. Each, side, all sides need to recognize what security concerns motivate the other and try to make sure they have it without sacrificing their own security.

Of course, this kind of fairness and willingness to compromise would be completely out of character for all parties, most especially for the U.S. based on its long track record of cheating, lying and not living up to agreements. Who can trust the U.S. ? How many treaties and agreements have they broken in the past? Are we the frog?

Well, it’s all a long shot but the alternative is increasingly unthinkable. However, there is an alternative ending. Watch the video:

Tarak Kauff is the editor-in-chief of Peace and Planet News. He was a paratrooper in the U.S. Army from 1959 to 1962 and is a lifetime member and former board member of Veterans For Peace. He is a longtime activist for peace, justice, and the environment.