The Golden Rule Peace Boat Is Sailing to Cuba

The historic Golden Rule anti-nuclear sailboat is preparing to sail to Cuba at the end of December. The storied wooden boat, which was sailed toward the Marshall Islands in 1958 to interfere with US nuclear testing, is currently in Tampa Bay, Florida. The 34-foot ketch belongs to Veterans For Peace, and carries out an important part of its mission, “to end the arms race and to reduce and eventually eliminate nuclear weapons.” 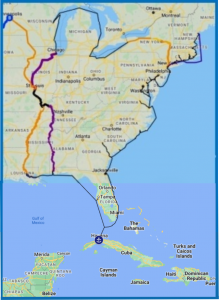 “We are on an educational mission,” says Golden Rule Project Manager Helen Jaccard. “We are three-and-a-half months into a 15-month, 11,000 mile voyage around the “Great Loop” of the midwestern, southern and northeastern United States. When we saw we would be in Key West, Florida at the end of December, we said, ‘Hey, look, Havana is only 90 miles away!’ And the world almost had a nuclear war over Cuba.”

Indeed, 60 years ago, in 1962, the world came perilously close to a civilization-ending nuclear war during what became known as the “Cuban Missile Crisis.” How did this happen? Many of us will remember that the Kennedy administration discovered that the Soviet Union had placed nuclear missiles in Cuba, within easy striking distance of U.S. cities. This was of course unacceptable. President Kennedy ordered a naval blockade of Cuba, leading to a nuclear standoff. Kennedy then successfully negotiated with Soviet president Nikita Krushchev to avoid a nuclear war that neither man wanted.

What is less widely known is what led up to this alarming crisis. The CIA had armed and trained rightwing Cuban exiles in Florida who invaded Cuba intending to overthrow the government of Fidel Castro. The coup failed miserably, but the US had shown its hand. So Castro made the arguably reckless decision to allow Russia to deploy nuclear weapons on Cuban soil.

Why did Krushchev want to deploy missiles in Cuba? It was a response to the US stationing nuclear missiles in Turkey, close to Russia’s borders.

US nuclear weapons are now back in Turkey, however, and also stationed in Germany, Belgium, Italy and the Netherlands, along with Anti-Ballistic Missile systems in Poland and Romania.

And 60 years later, the hostile U.S. policies against socialist Cuba continue. Most notably, the 61ear-old economic blockade of Cuba, which denies aid and trade with nearby U.S. – Cuba’s most natural trading partner – and which punishes other countries for trading with Cuba. The U.S. embargo of Cuba is denounced annually by the UN General Assembly. This year only two countries – the United States and Israel – voted against the resolution condemning the blockade and calling for it to end.

“Without the US hostility to an independent, socialist Cuba, we would not have come so close to nuclear war in 1962,” says Gerry Condon, former president of Veterans For Peace and president of the VFP Golden Rule Committee. “There are a lot of lessons to learn from the Cuban Missile Crisis. But have they been learned? The US seem to be making the same mistakes in Ukraine today. This time it is the US that has moved hostile military forces, including nuclear weapons systems, close to Russia’s borders.” 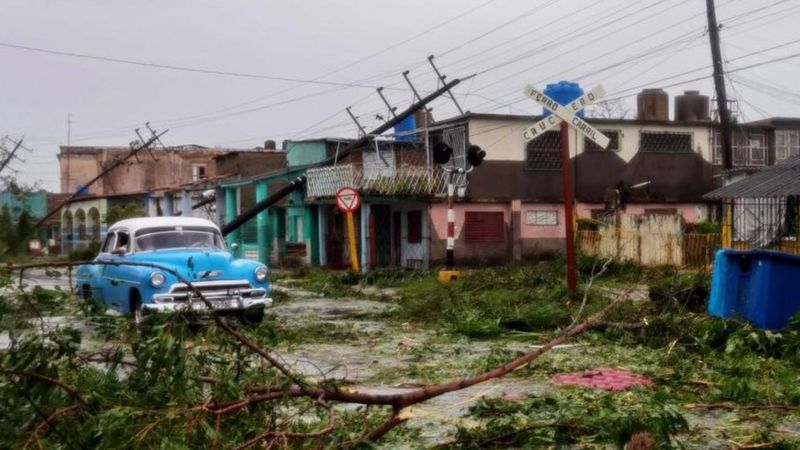 Aftermath of Hurricane Ian in Cuba.

For many years Veterans For Peace has been calling for an end to the US blockade of Cuba. Now some peace and solidarity groups in the US are calling for at least a temporary suspension of the blockade, to allow Cuba to rebuild after Hurricane Ian, which caused great devastation and destroyed as many as 10,000 homes in the western province of Pinar del Rio.

“So this is why we are going to Cuba,” said Helen Jaccard. “We want to remind the world of how close we came to nuclear war 60 year ago. And how close to nuclear war we may be now. And we want to express our friendship and solidarity with the Cuban people.”

Eight people will sail on the Golden Rule and others members of Veterans For Peace will fly into Cuba to participate in the Arts and Culture program being coordinated by the Proximity Cuba tour agency. The Golden Rule will sail under a General License that allows US residents to travel to Cuba for educational and people-to-people purposes.

“We will carry humanitarian aid and hopefully we will be able to make a substantial donation to help with rebuilding and medical care,” said Gerry Condon.

Veterans For Peace and the Golden Rule Committee invite you to participate in this historic event by helping to cover the costs. Unless you specify otherwise, your tax-deductible donation will be divided 50/50 between the Golden Rule’s costs for traveling to Cuba, and humanitarian aid for the Cuban people who are suffering greatly at this time.

Thank you for your support and for your solidarity.
www.vfpgoldenrule.org 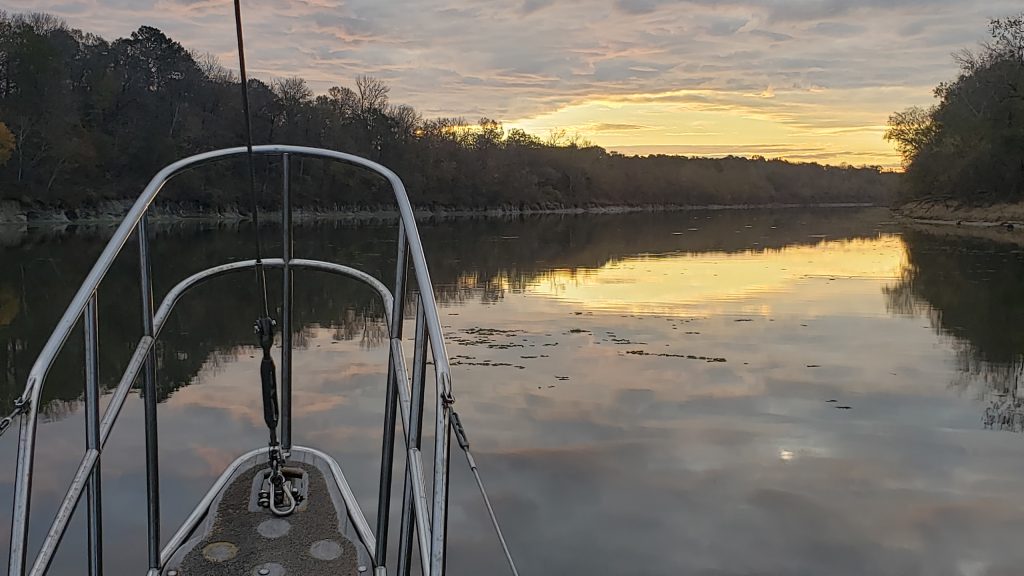 The Golden Rule makes its way south along the Great Loop.