Since its beginning, Hollywood has loved telling stories about Native people. Historically, the western genre relied on casting us as antagonists, the bad guys causing trouble for the heroes of manifest destiny. The protagonist, of course, was often played by noted racist John Wayne. Worse, the badly stereotyped Native characters in these early movies and television shows were also usually played by white actors in redface — makeup designed to make them look like real “Injuns.”

Over the years, we began to see revisionist westerns, in which the storytelling “evolved” to portray the Native man as the noble savage, ignorant of western ways but inherently good. Our hero (think Dustin Hoffman in “Little Big Man” or Kevin Costner in “Dances with Wolves”) might side with Natives and perform heroic acts as our white savior. Unfortunately, now in 2023, not much has changed. Over the past months, Avatar: the Way of Water and Yellowstone have once again profited mightily — as the most successful movie and show, respectively, in America — off Indigenous stories. So today, I encourage you to read this interview I recently gave to CNBC to talk about why all of this matters and what should be done about it. 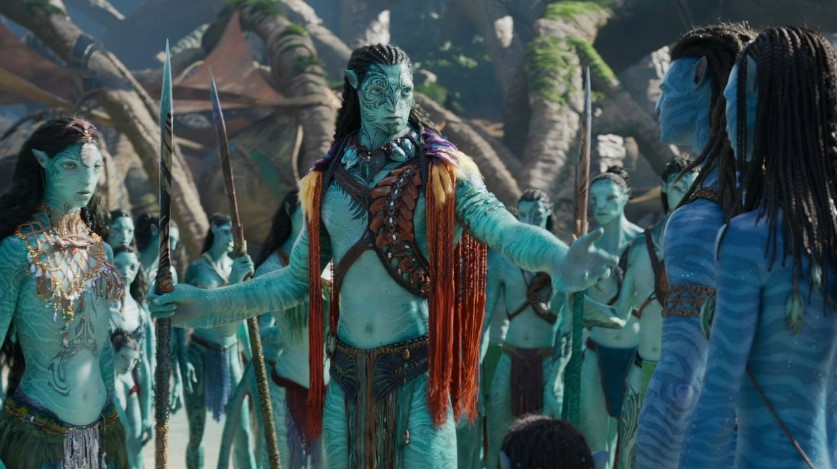 Among the biggest issues present in the Avatar franchise: non-Indigenous actors play characters from Indigenous cultures. Kate Winslet, for instance, is a wonderful performer, but is she really the right choice to play the matriarch of the reef clan? Because Pandora, the world portrayed in the Avatar movies, is an alien one mainly rendered through computer-generated imagery, I’m guessing that director James Cameron thought it was OK to cast whoever he wanted. Unfortunately, he’s giving us the same old white savior narrative, this time in space, and now we’ve exchanged redface for blueface.

There’s no doubt that Cameron based his story on real Indigenous struggle. He admitted it in a 2010 interview with The Guardian, saying he was inspired by my Lakota ancestors who faced the onslaught of the United States’ westward expansion during the 1800s. “This was a driving force for me in the writing of Avatar,” Cameron said. “I couldn’t help but think that if they [the Lakota] had had a time-window and they could see the future… and they could see their kids committing suicide at the highest suicide rates in the nation… because they were hopeless and they were a dead-end society — which is what is happening now — they would have fought a lot harder.”

As you know, we are not a “dead-end society.” We’re still here and still struggling to maintain our cultures — which do, as he portrays in his films, prioritize life in harmony with our natural surroundings. We could use Cameron’s help in this regard, not his criticism. I’ll also point out that we could not have “fought harder.” We won several military victories over the U.S. during those years, despite being outgunned and outmanned. No one can ignore our decimation of General George Armstrong Custer’s 7th Cavalry at the Battle of Greasy Grass. Of course, the history books call this conflict “Custer’s Last Stand,” because it’s a (previously unwritten) rule that the white man must be at the center of the narrative kids learn in U.S. schools.

It’s long past time for the history books, Cameron, and other artists and educators to portray Native stories in the right way. It isn’t just about representation, it’s about true agency. Have us in the writers’ room or at least consulting, center Native characters in our own stories, and make sure Indigenous actors play Indigenous roles. Of late, television has begun to do a better job. The recently canceled Rutherford Falls is one excellent example, as is Hulu’s Reservation Dogs, which got picked up for a third season and deserves Emmys for its second. When Native writers and actors are given seats at the table, our stories resonate with truth, depth, and gravitas — and that’s a win for everyone.

Wopila tanka — thank you for listening!

Chase Iron Eyes is the codirector and lead counsel for the Lakota People’s Law Project. He has been instrumental in raising awareness and building a movement opposing new oil pipelines.