As the Chinese dreamers come up against the US insistence on maintaining hegemony, who will prevail?

Do China and the US have fundamental goals that constitute a contradiction, that is, goals so profoundly at odds with one another that the goals cannot co-exist? Unfortunately, the answer is yes.

Such a contradiction means that one side must abandon its aims if a disastrous conflict is not to ensue. Which country should step back? Is there a moral, ethical or common-sense basis for making that call, a basis on which humankind can readily agree?

What are these contradictory goals?

China’s overwhelming objective is clearly economic development.
China’s overwhelming objective is clearly economic development, a policy to which it has hewed closely and which it declares for its future. That is no surprise; it is the dream of every developing nation. In this case, it is “The Chinese Dream.”
If such goals were no more than words on paper, there would be no problem. But China is succeeding, as is widely acknowledged now.

Its economy surpassed the US in terms of gross domestic product (purchasing power parity) in November of 2014 according to the International Monetary Fund and is still growing fast. More than 700 million Chinese have been brought out of poverty, with extreme poverty eliminated in 2020.

According to the World Bank, China was seventh from the top of the upper-middle-income group as of 2020 and poised to enter the ranks of the 59 countries in the high-income group. Beijing has a set a new goal, a standard of living enjoyed by the most prosperous countries in the West to be achieved by 2049, the centennial of the birth of the People’s Republic of China.

The U.S. has a long history of expansion and imperialism.

With this in mind, let’s turn to the American side of the equation.

The U.S. has a long history of expansion and imperialism, with the inevitable appeals to exceptionalism and racism. However, the ambition of world dominance, global hegemony, emerged consciously among the US foreign-policy elite in 1941 before the country’s entry to World War II, as historian Stephen Wertheim documents in his 2020 book Tomorrow the World: The Birth of US Global Supremacy.

The magazine magnate Henry Luce expressed the idea in his 1941 essay “The American Century,” in which he enjoined the US “to accept wholeheartedly our duty and our opportunity as the most powerful nation in the world and in consequence to exert upon the world the full impact of our influence for such purposes as we see fit and by such means as we see fit.”

After World War II when the US colossus looked down at the rest the world devastated by the conflict, we heard a similar sentiment from the late diplomat and historian George Kennan, considered perhaps the principal architect of postwar US foreign policy. In Volume I of Foreign Relations of the United States, published in 1948, he wrote:

“Furthermore, we have about 50% of the world’s wealth but only 6.3% of its population. This disparity is particularly great as between ourselves and the peoples of Asia.… Our real task in the coming period is to … maintain this position of disparity…. To do so, we will have to dispense with all sentimentality.…. We need not deceive ourselves that we can afford today the luxury of altruism and world-benefaction.”

More recently and equally starkly after the end of the Cold War, the Wolfowitz Doctrine was enunciated in 1992 by Paul Wolfowitz, then undersecretary of defense for public policy under US president George H W Bush. It can be summed up in a single sentence: “We must maintain the mechanism for deterring potential competitors from even aspiring to a larger regional or global role.”

China fits the definition of a “potential competitor”; it not only “aspires” to a larger regional role and global role but in fact has already attained it. By the Wolfowitz principle, China must not only be “contained” but returned to a non-competitor status by whatever “mechanism” that the US can devise.

And so we come to the basic contradiction. The US insists that it be the world’s greatest power, an unassailable hegemon. This means that it must be the No 1 economic power, since all power ultimately derives from economic power.

All power ultimately derives from economic power.
Now assume that China’s per capita GDP is equal to that of an advanced Western country, the goal of China by 2049. Take the US as an example. Since China’s population is about four times that of the US, then it will have a total national GDP four times that of the US. The US will then be far from the dominant power; the Wolfowitz Doctrine will go up in smoke.

This does not mean that the US will lapse into penury or even that its living standard will be compromised. Indeed, there is no reason that the US cannot continue to be an increasingly prosperous country. In that sense, the contradiction between the US and China is not a conflict of interests between the American people and Chinese people. But it is a contradiction between the US governing elite and 1.4 billion Chinese dreamers.

How can the US maintain its ambition of hegemony? Simply put, China’s development must be halted or reversed. Thus the drive for US superiority is a war on the aspirations of the vast Chinese population, not simply a war on the Chinese state. Will China’s people, nearly 20% of the global population, passively accept this fate?

How then are we to look at the China-US contradiction in moral or ethical terms? Given the US goal of hegemony versus the Chinese dream of a Western standard of living, which has the greater claim on the support of decent humans everywhere? The 1.4 billion Chinese dreamers or a tiny US governing elite? 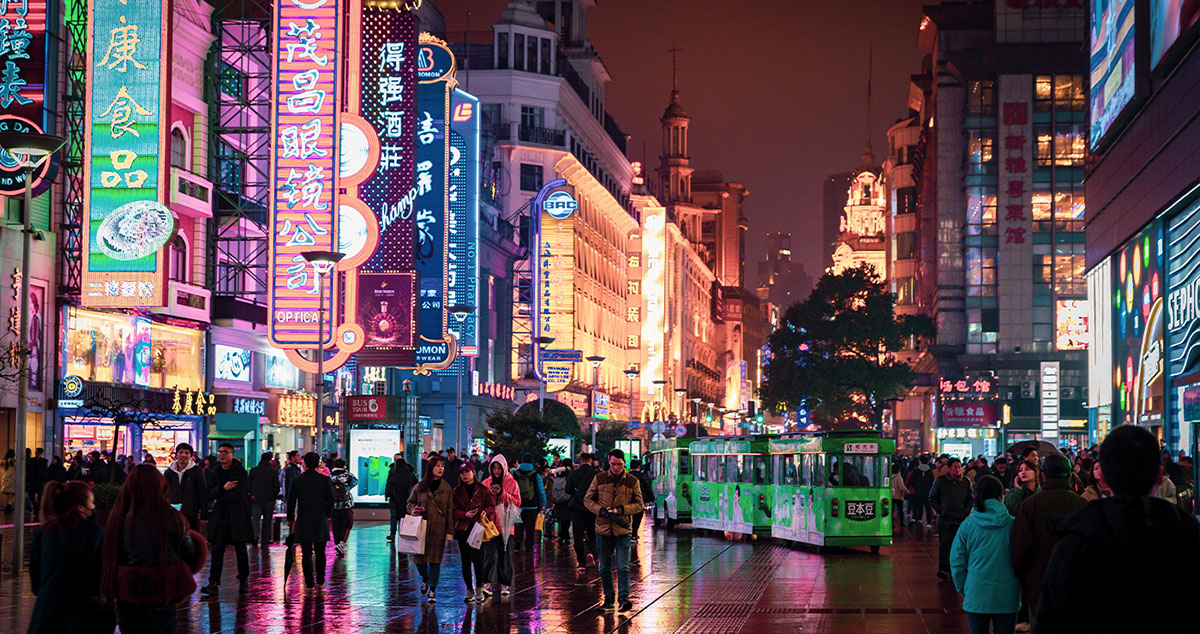 John V. Walsh, until recently a professor of physiology and neuroscience at the University of Massachusetts Chan Medical School, has written on issues of peace and health care for the San Francisco Chronicle, EastBayTimes/San Jose Mercury News, Asia Times, LA Progressive, Antiwar.com, CounterPunch and others.

He is also a member of Veterans For Peace.