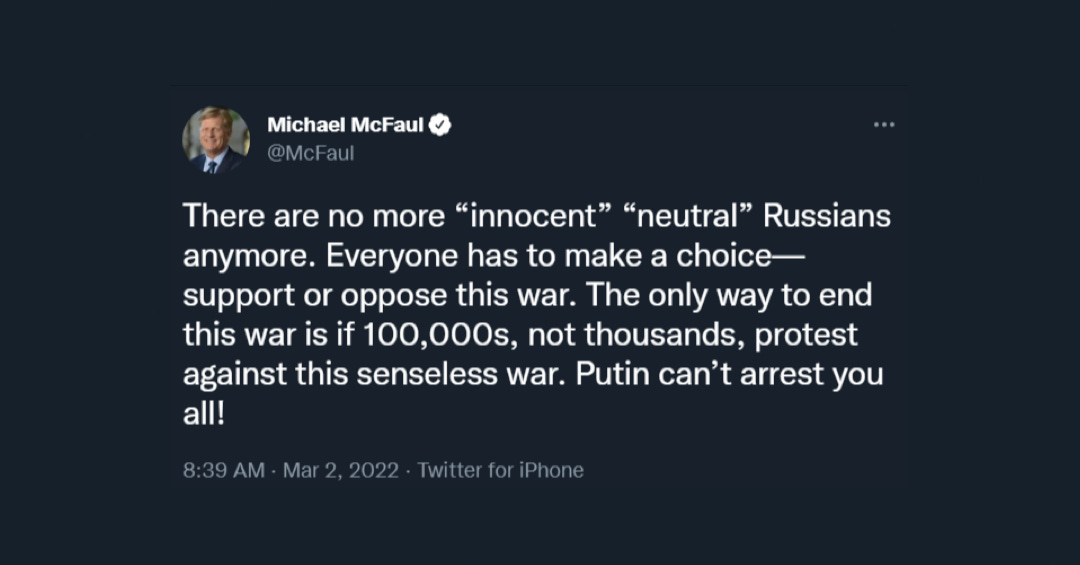 If the logic that “there are no innocent Russians” because the Russian people have a moral obligation to overthrow their warmongering government were evenly applied, it would also apply to Americans. Even more so, really, since their government is vastly more warlike than Moscow.

Putin would have to work very, very hard to catch up to the staggering body count of the US empire just in the 21st century. If Russians have a moral obligation to overthrow their government, then so do Americans. They have an obligation to topple the US empire, tear down the military-industrial complex, get rid of the false two-party system whose “two” parties support every war the empire architects call for, and create a peaceful country.

Either apply the logic of “there are no innocent Russians” equally to governments who do the exact same thing on a far greater scale, or admit that you’re just spewing imperialist regime change propaganda.

Westerners are so brainwashed by propaganda that more and more of them are starting to believe that China wants to invade them. Why would Beijing want to rule over a bunch of white foreigners, idiots? Do you think China has a desperate shortage of cheese knives and mayonnaise?

Oh no the Chinese are going to invade and conquer us. They need ranch dressing and Michael Bublé CDs. They’re gonna force us to teach them square dancing and make Harry Potter Asian. 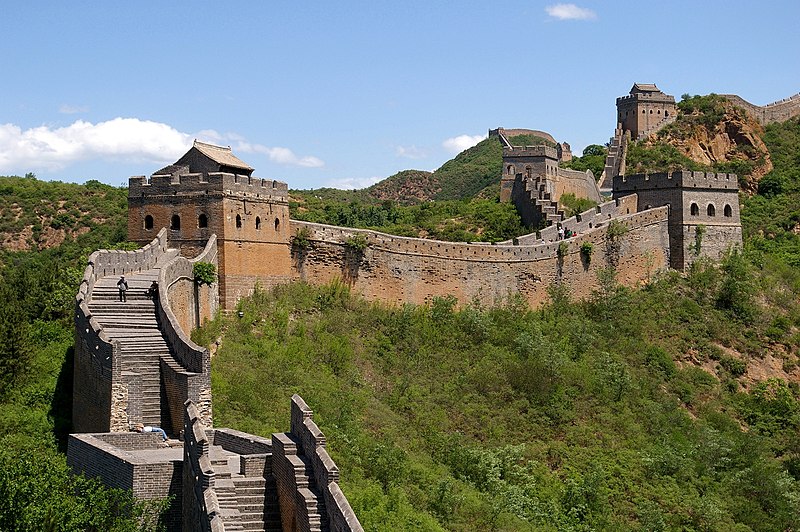 Westerners should stop projecting their colonialist values systems on everyone else. Our ancestors sailed out to conquer and colonize. Their ancestors built a wall.

Our civilization is rife with problems despite its great wealth because our civilization has prioritized generating wealth over solving problems. It doesn’t make anyone rich to address the root causes of crime, sickness, war, poverty or ecocide, so those problems go unaddressed.

Old growth forests and whale populations were wiped out because leaving them alone generated no profit. Insect populations are plummeting because industrial pesticides are profitable and wild habitats are not. Our oceans are choking on plastic because it’s profitable not to prevent this from happening.

Not until we dispense with status quo systems which ensure large-scale human behavior is driven by profit will we be able to move toward a healthy and harmonious world. Until then we will remain plagued by serious problems, and by false promises that our current systems can solve them.

Caitlin Johnstone
Caitlin Johnstone is a 100 percent crowdfunded rogue journalist, bogan socialist, anarcho-psychonaut, guerilla poet and utopia prepper living in Australia with her American husband and two kids. She writes about politics, economics, media, feminism and the nature of consciousness. She is the author of the illustrated poetry book Woke: A Field Guide For Utopia Preppers. Her website is  caityjohnstone.medium.com/.