My wife and I recently spent four days in the Adirondack Mountains with old friends of ours. It is a six-hour car trip from our home in Pennsylvania, but thanks to Anne’s company, the time passed enjoyably. And it was a great pleasure to spend time with our hosts, the wildlife conservationists Amy Vedder and Bill Weber, whom I’ve known since our college days over half a century ago. 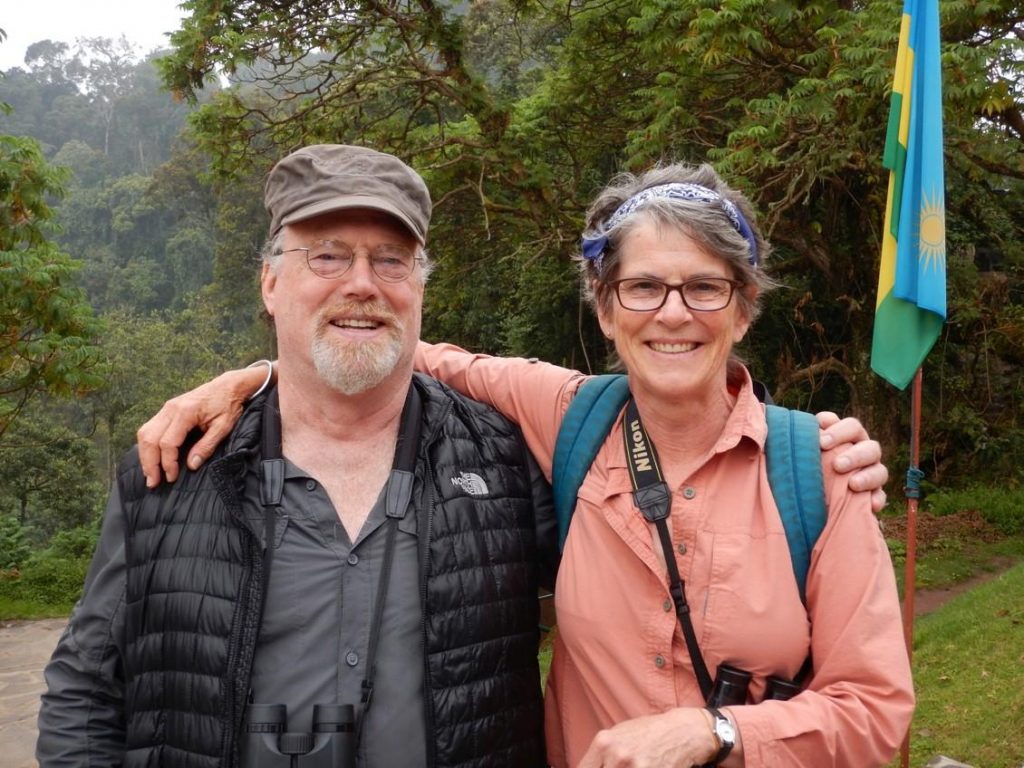 We hiked in woods up and down hills and around lakes, visited the Adirondack Experience Museum, and reminisced for hours while watching chipmunks, hummingbirds, blue birds, and wild turkeys, and enjoying the view from their hilltop home. Over the entire time, we saw no commercial airplanes and only one single-engine plane far off to the east. The night sky overflowed with stars.

To say the trip was rejuvenating is an understatement. It was the first time Anne and I had gotten away together since the summer before the coronavirus pandemic. I’m told that living with this pandemic is now the New Normal. In fact, over the past few years, I’ve been hearing that a lot of things in our lives are now the New Normal:

A once Republican party that has morphed into the Retrumplican party. A Supreme Court overwhelmingly dominated by right-wing radical activists. Getting shot to death while shopping at the mall or attending church or dancing at a nightclub or sitting in an elementary school classroom. Hundred-year floods every six months. Hurricane seasons beginning earlier and ending later than ever before. As I type this, there are currently 63 major wildfires burning in the U.S. alone covering 1,640,278 acres of land. Far too many people spend their whole lives inside the Fox News bubble or the MSNBC bubble or the Facebook bubble—I can’t even keep up with all these narrow-minded myopic bubbles anymore—and never have to hear a single word that doesn’t match their pre-conceived and largely shallow fact-absent beliefs. This is only a partial list.

And all of this, I’m told constantly, is the New Normal. I don’t know. Maybe if you were born in 2012, or 2002, or maybe even 1992, all of this might pass as “normal.” But it leaves me sad and discouraged as I approach the twilight of my life and try to imagine what things will be like in even twenty years, let alone fifty or sixty years from now.

It becomes ever more difficult to hope for a better future, to imagine that a better future is even possible. Fortunately—or maybe unfortunately, it’s hard to tell—I can’t just crawl under a rock and wait for my inevitable demise. I have to continue to interact with my wife, my daughter, my friends, the world around me without leaving everyone feeling like they’ve just had a run-in with Eeyore, the pessimistic, gloomy, depressed, anhedonic, old grey donkey of Winnie the Pooh fame.

And that brings me back to the friends Anne and I visited last week. When they first began their work with mountain gorillas in Rwanda in the early 1980s, there were about 250 of them still alive in the Virunga mountain range (including parts of Congo and Uganda as well as Rwanda), and those were rapidly heading toward extinction. Amy and Bill convinced the Rwandan government that saving the gorillas and allowing careful visits by tourists would be far more beneficial to both the local population and the wider Rwandan business community. In effect, these two then-young people invented eco-tourism, and they built a program so solid that it even survived the Rwandan civil war and genocide a decade later. Today, there are over 600 mountain gorillas in the park; and the program is thriving. 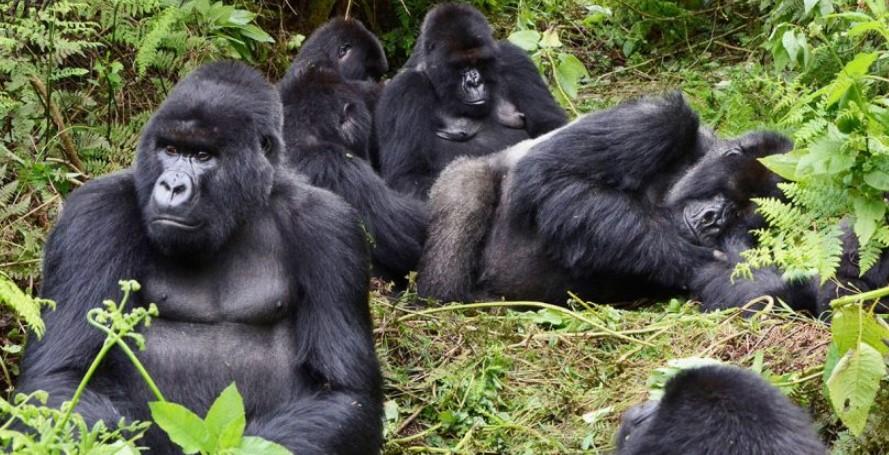 Amy and Bill are almost preternaturally low-key about their work, and will tell you—with much truth, no doubt—that they had lots of help along the way. But the mountain gorillas of Rwanda would almost certainly be extinct today if not for these two people.*

I have found myself, especially in recent years, thinking of these two friends and trying hard to keep their example alive in my heart. I think of the remarkable impact of Greta Thunberg, a young schoolgirl who decided to stand up and say, “Enough.” Or the work that Stacy Abrams did in Georgia to influence (legally) the outcome of the 2020 elections in her state. And only this week, the voters of Kansas—not exactly a left progressive hotbed—resoundingly offered our Supreme Court a clear rebuke over the denial of women’s rights to control their own bodies.

I don’t like this New Normal. It sucks, frankly. I wish passionately that more of my fellow citizens were as uncomfortable and unhappy with it as I am. But as the saying goes, “Where there’s life, there’s hope” (a saying variously attributed to Ecclesiastes, the Roman comic playwright Publius Terentius Afer, or J.R.R. Tolkien, take your pick).

So even if it all ends as badly as I fear it’s going to, in the immortal words of Monty Python, “I’m not dead yet.” And my wife and I had a really good time in the Adirondacks with Amy and Bill.

* You can read the story of Vedder and Weber in In the Kingdom of Gorillas: the Quest to Save Rwanda’s Mountain Gorillas, published by Simon & Schuster. 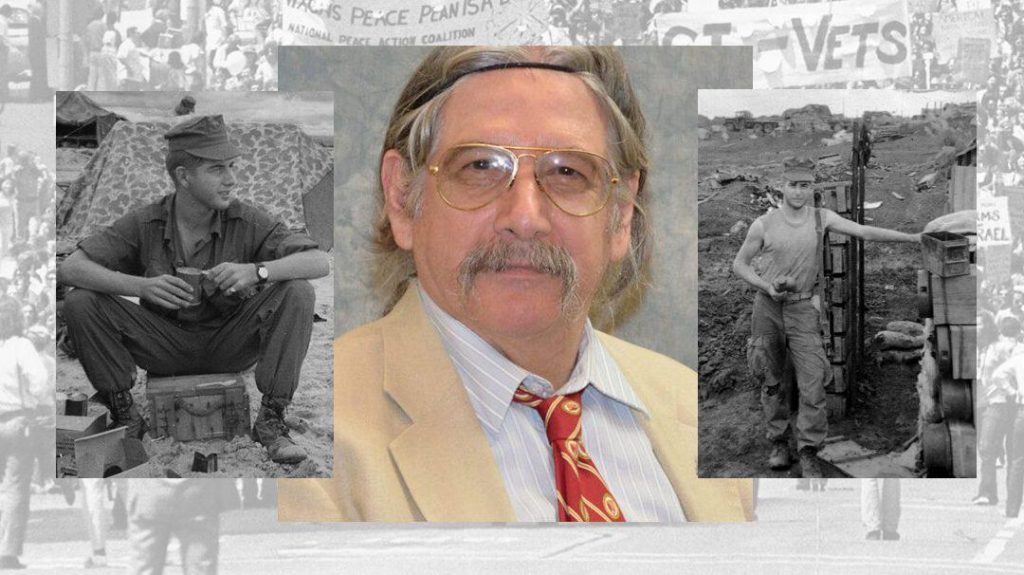 William “Bill” Daniel Ehrhart is an American poet, writer, scholar, and Vietnam veteran. Ehrhart has been called “the dean of Vietnam war poetry” and is the author of more than 30 books, including Vietnam Perkasie: A Combat Marine Memoir, Passing Time: Memoir of a Vietnam Veteran Against the War, Busted: A Vietnam Veteran in Nixon’s America, and Thank You for Your Service: Collected Poems.