A Message from Roger Waters: This Is Not a Drill!

To My Friends in Veterans For Peace,

As we close in on the end of This Is Not A Drill’s dates in North America and start to get ready to hit Europe in the spring, I’ve had some time to reflect on VFP’s involvement.

At your tables in the foyer, you have been able to distribute many thousands of copies of Peace & Planet News to our audiences. We have, on this tour, become real partners in the global movement for peace, justice, and sanity.

I’ve been doing a little bit on the side too. Some of you may have seen the exchanges on social media between Olena Zelenska, the First Lady of Ukraine, and me.

It began with an open letter I posted about the war in Ukraine, which, to my surprise, she answered personally, and it continued with my follow-up letter back. Who knows what may come of it? (You can see her response and my letter back to her.)

In that letter I also recalled another frightening time, hoping we can draw some guidance from it: the Cuban Missile Crisis.

“It was John Fitzgerald Kennedy and Nikita Khrushchev who spoke to one another. Khrushchev agreed to remove the Russian missiles from Cuba and as a ‘quid pro quo.’ Kennedy agreed to remove American missiles from Turkey! They spoke, they compromised, job done? It’s called diplomacy. What has happened to diplomacy? Why doesn’t President Biden do the right thing and speak to President Putin?” 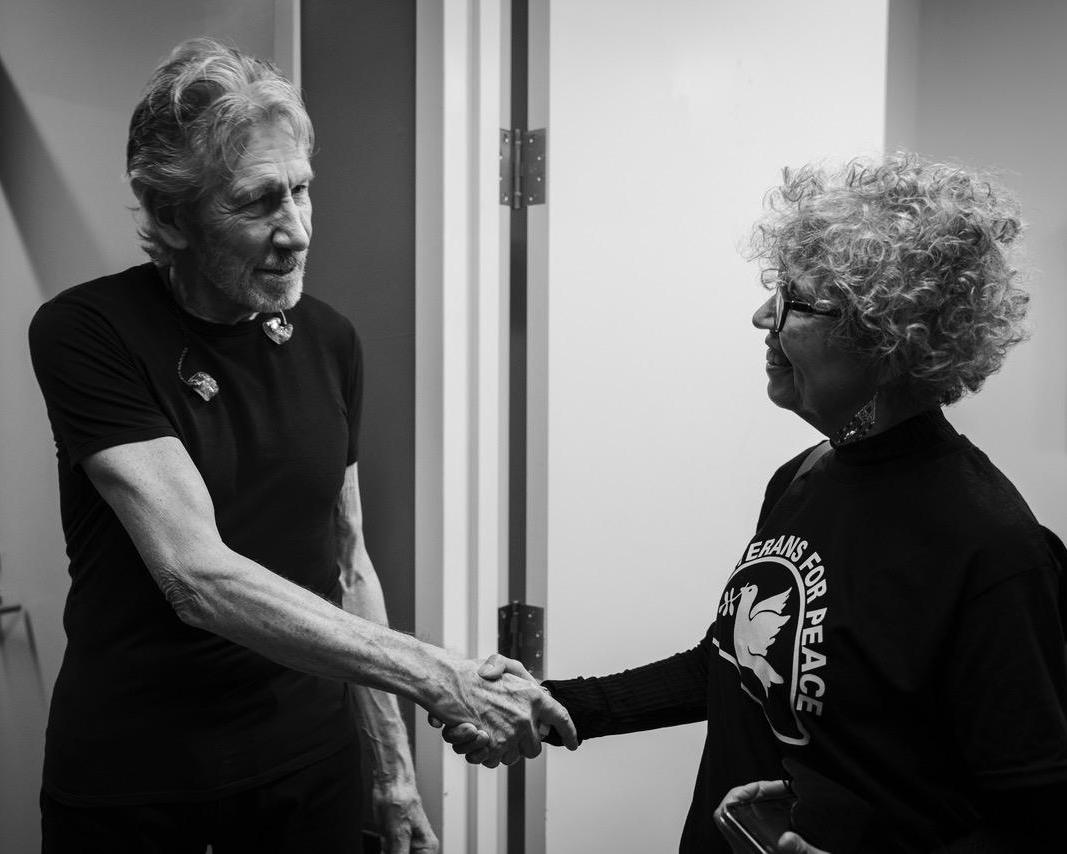 If you were able to attend one of the shows on our tour or have seen any of the videos on social media, you will have seen that the message repeatedly driven home is that “This Is Not A Drill.” This is it! It’s showtime folks! The house is on fire, it’s now or never!

So, thank you, all you volunteers at VFP, for manning the barricades at the tables, and thank you everyone who is reading this; I implore you to join me in making a donation to VFP to further the cause of peace. Please be generous in your help.

Remember THIS IS NOT A DRILL! Time is running out, don’t put this on your pile to “answer later.” Write that check or fill in your credit card number and send this back in today or hit that donate button right now.

Donate to Veterans For Peace!

Roger Waters is an English rock musician, singer-songwriter, composer, and activist. He is best known as bass player, co-lead vocalist, lyricist, and principal songwriter in the rock band Pink Floyd