Don’t Give Up On Irish Neutrality

Ireland has a long and honorable history of neutrality.

A recent publication of the Irish Commission on the Defence Forces report has been used to mount a concerted attack on our neutrality.

Irish neutrality has a long and honorable history, dating back to Wolfe Tone, who advocated for Irish independence and neutrality in the 1790s. The Irish Neutrality League was active in 1914 and vocal in opposition to British plans to introduce conscription in Ireland.

They used the slogan: “We serve neither king nor kaiser, but Ireland”. 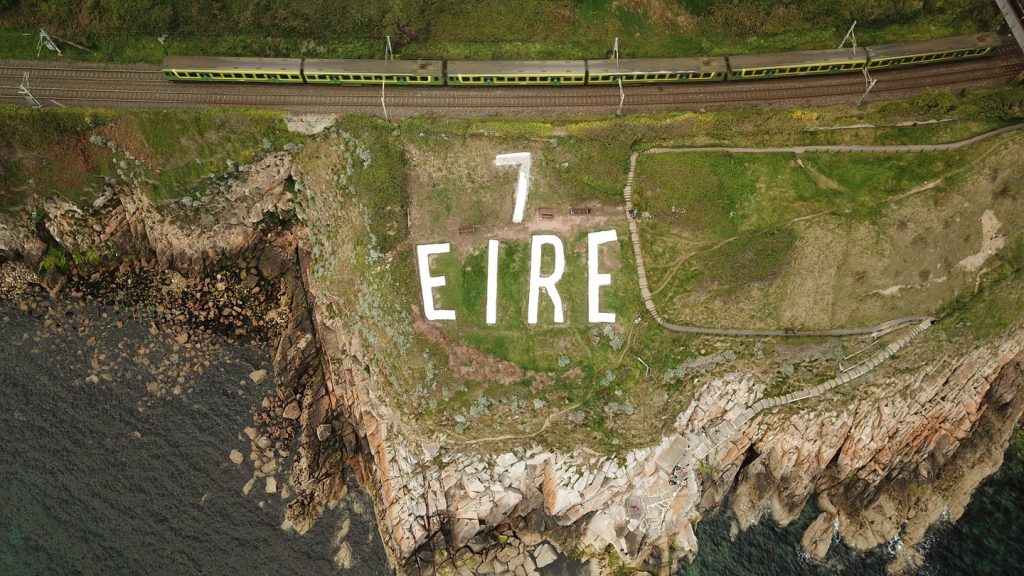 One of over 80 signs painted on the Irish Coast to alert allied and Axis planes that this was neutral territory.

While successive Irish governments have sought to end Irish neutrality, the Irish people have remained staunchly committed to maintaining positive neutrality.
Our neutrality became firmly enshrined during the Second World War, when Ireland successfully remained neutral in spite of threats of occupation from the Allies and Axis belligerents. Ireland remained one the most neutral European states throughout this dreadful conflict. After the country was allowed to join the United Nations in 1955, our neutrality took on a far more positive role.

The Defence Forces undertook a very active role with U.N. peacekeeping; to date, 88 Irish soldiers have died while serving overseas. Ireland’s foreign policy contributed to issues of global justice, and this positive neutrality has helped to get Ireland elected to the UN Security Council on five occasions.

While successive Irish governments have sought to end Irish neutrality, the Irish people have remained staunchly committed to maintaining positive neutrality and this was confirmed by a RedC poll in 2013 in which 78% said Ireland should have a policy of neutrality.

Neutrality is not specifically mentioned in the Constitution but it is clearly implied in Article 29:

There are numerous reasons why Ireland should maintain a policy and practice of positive neutrality.

The moral reasons are based on the still very relevant, Fifth Commandment: “Thou shall not kill”.

Unjustified wars across the wider Middle East from Libya to Afghanistan since 1991 have caused the deaths of up to five million people including over one million children who have died as a result of U.S.-led wars, wars that have been facilitated by U.S. military use of Shannon Airport.

The legal reasons are based on the importance of the rule of law at national, regional and international levels. 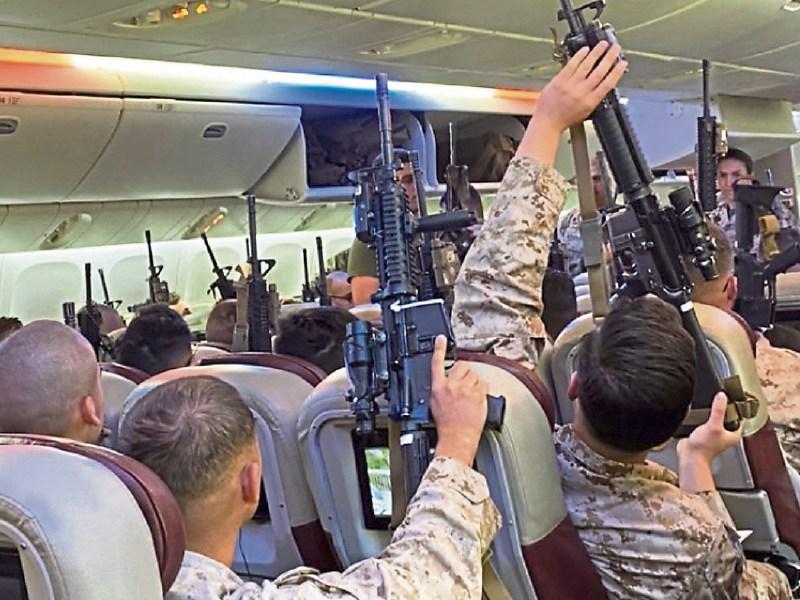 U.S. troops with weapons aboard aircraft that landed at Shannon in breach of Irish neutrality.

At a regional level, the European Union has outlawed capital punishment. However, 21 EU member states are also members of NATO, and NATO has been involved in numerous illegal wars which have resulted in the deaths of millions of people. This is capital punishment by means of war. At international law level, Ireland has been facilitating and is complicit in these illegal wars and serious breaches of international laws and conventions, including the U.N. Charter.

Given our history, the humanitarian reasons for Irish neutrality should be a priority for the Irish people. Now Ireland is facilitating wars of aggression and exploitation that have resulted in the worst refugee crisis since the Second World War, while simultaneously failing in our responsibilities to provide refuge for these refugees. Ireland is part of the EU Frontex border control system used to prevent refugees entering EU countries and failing to provide proper rescue services for refugees in the Mediterranean.

There are also environmental reasons for neutrality. Conventional wars and militarization are doing huge damage to our living environment and there is a real risk of nuclear war. By abandoning neutrality, Ireland is also abandoning the most positive aspects of our foreign policy, which is to promote international peace and justice.

It is the people who should be the primary focus of our Defence Forces, and the Irish diaspora are an essential part of ‘the Irish people’. The best way that the people of Ireland, including the Irish diaspora, can have their life and their best interests defended is by using positive neutrality to promote international peace.

Finally, there are military and financial reasons to support neutrality. The Commission on the Defence Forces makes exaggerated and false claims about the threats to the security of Ireland. There are no credible threats that any foreign power will invade Ireland with military forces, but if it did happen the aggressors could only ever be major military forces, against which Ireland could never have the conventional military capacity to deal with. The territory of Ireland could only ever be defended using guerrilla warfare and by equipping our Defence Forces accordingly. We will never have the financial resources to equip our Defence Forces with squadrons of tanks and fighter jets or naval battle ships.

Similarly, cyber-attacks are primarily criminal matters best addressed by our Irish police force in cooperation with international police authorities and not by military forces.

Up to 50,000 Irish men died in the First World War. If we abandon our neutrality and join NATO we could be dragged into wars that could result in more Irish soldiers and Irish civilians, especially children, being killed. And these wars will not “be over before Christmas!”

Edward Horgan
Dr. Edward Horgan, a former Army commandant, served with U.N. peacekeeping missions in Cyprus and the Middle East in the 1970s. He had joined the Army cadet school in 1963 and was commissioned as an officer in 1965.While serving with the U.N. in Cyprus in 1966, 1971 and 1973 and in the Middle East in 1973-74, it was his duty to explain the basic concepts of international law to the soldiers under his command. After leaving the military, he achieved a first-class honors BA degree in history, politics, and social studies in 2001 and was awarded a master’s in philosophy (peace studies) degree by Trinity College in 2000. He has worked as a civilian U.N. volunteer on election and democratization missions with the United Nations and the EU in Bosnia, Croatia, Nigeria, Indonesia, Zimbabwe, and East Timor. He is a veteran Shannonwatch peace campaigner, international secretary of the Irish Peace and Neutrality Alliance, founder and coordinator of Veterans For Peace Ireland, and the founder of The Veterans Global Peace Network.