Guantanamo Is ​Who and What We Are as Americans

And we should be ashamed to our core.

For over 20 years, every Monday afternoon, I’ve stood with like-minded concerned citizens on Rt. 15 on Deer Isle, Maine—members of our Island Peace & Justice group—standing in objection and in witness to the acts of our government. Each week, I reflect on just why I am there and each week I arrive unavoidably at the conclusion that the U.S. is the scourge of the planet, a rogue nation.

Below are a very few of those crimes that come to mind, but are so egregious as to haunt me.

As a Vietnam veteran of the nightmare visited on that country that war is never far from my conscience and, frankly, always soon to return. My reflections, invariably then take me to Agent Orange—arguably the most hideous aspect of that misbegotten war. There remain institutionalized 2 to 3 million 2nd and 3rd generation victims of A.O. unable to take care of themselves.

I think of the then-secret bombing of Laos and its legacy—thousands upon thousands of bomblets remain buried across the country waiting to take the legs or lives of the innocents wanting only to work or play or simply walk on their lands.

A World of Military Bases and Outposts

I think of all the people, around the world, who live close by and who object to our nearly 800 bases on foreign lands. We have over three times the total number of foreign bases owned by all other countries. And I think about the environment under assault around each of those facilities.

And I think particularly of the people of the Marshall Islands, of Thule, Greenland, and Diego Garcia in the Pacific—all places from which natives were forcibly removed to make way for the U.S. military. I have visited members of each of these communities and heard their wrenching stories—each a nightmare revealing our peculiar capacity for “othering”—a term brought to my attention by the activist, Brian Willson, who lost both his legs while attempting to stop an armaments train taking weaponry to the Nicaraguan Contras. His often-voiced mantra, “We are not worth more, they are not worth less.” That seems evermore to be apropos of this country. 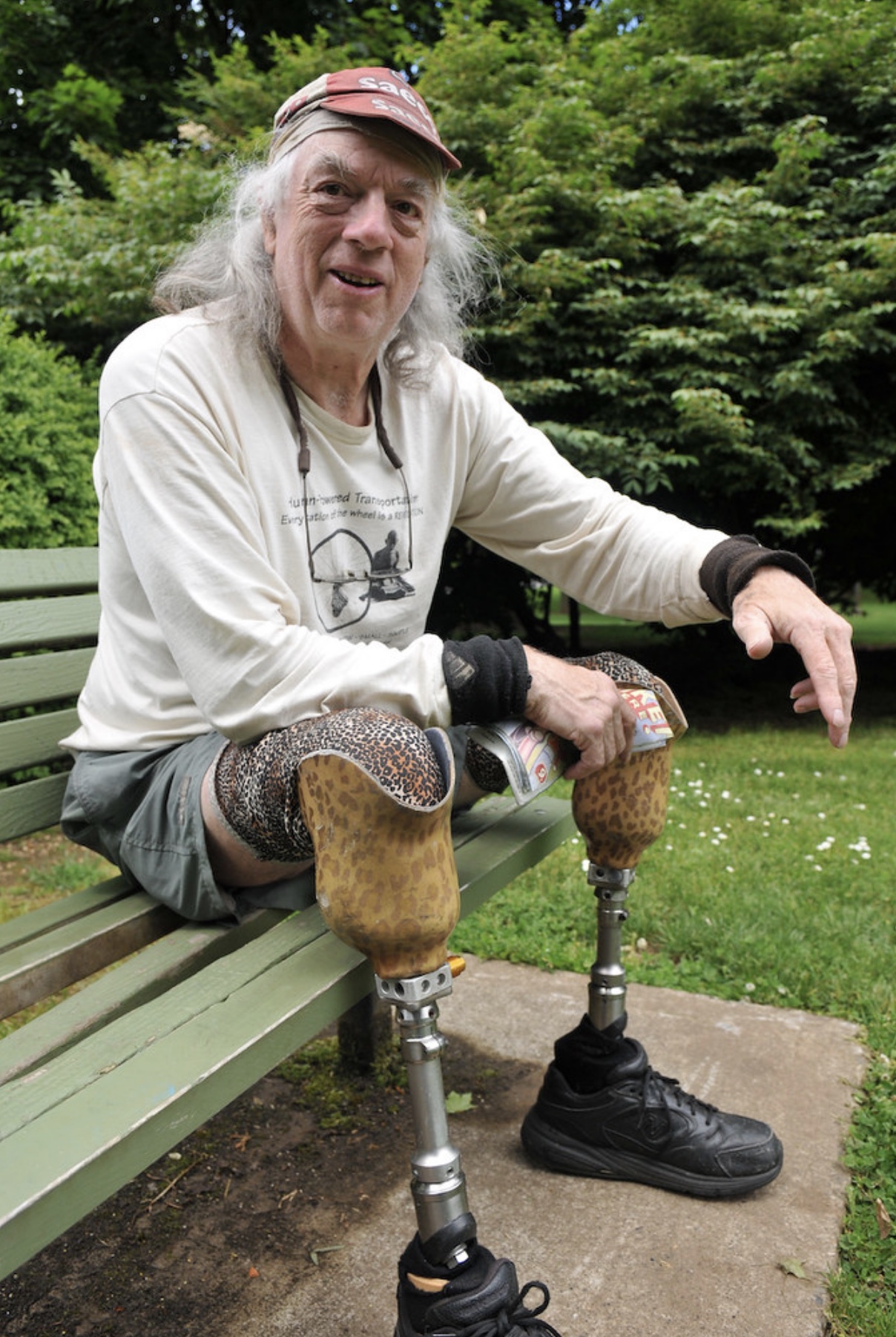 Nuclear Arsenal and the Warships Named after War Crimes

Then of course, there’s the atomic bomb. We remain the only country to ever use atomic weapons on a civilian population. During the Vietnam War the U.S. threatened to use nuclear weapons on at least 13 occasions. Sounds like rogue behavior to me.

Now we have learned there will be a christening of another warship, the USS Fallujah, enshrining the battles in the Iraq town of that name. Our legacy there includes a veritable outbreak of babies born with congenital abnormalities attributed to our use of illegal chemical weapons.

Rogue State on the World Stage

International treaties offer further evidence of rogue-nation behavior—there we stand above, or is it below, all others?

Of all the member states of the United Nations, 196 are party to the Convention on Biological Diversity while just four members—including the United States—have refused. Among other treaties the U.S. has refused to ratify are the Rome statute on international crimes, the treaties banning cluster bombs and landmines the convention on discrimination against women, the convention on hazardous waste, and the test ban treaty. The only nation on Earth not to ratify the convention on the rights of the child—as well as the only nation to sentence children to life imprisonment without parole? Answer: The United States. Right now, there are around 2,500 people serving life for crimes they were involved in years ago as children. What?!

And, of course, we well know of the horrific fates of many who have worked to “put the lie” to America’s self-purported exceptionalism—Julien Assange, Edward Snowden, Reality Winner, Chelsea Manning, and Daniel Hale all come to mind.

The author George Monbiot characterizes this portrait of our country as manifestation of America’s claim to exceptionalism and as an “active, proud, and furious refusal to care about the lives of others.”

All of it smacks of rogue behavior. Our country does as it damn well pleases; yet we are fed the fiction that we are the exceptional nation. This is not simply a rant. It’s straight-line stuff: all related and all relevant.

I believe our extraordinary capacity for “othering” and notions of exceptionalism are rooted in our European ancestors believing it was their destiny to rule over indigenous lands. I believe we can draw this straight line from the genocide of the indigenous people of this continent—perhaps as many as 16 million, through the slave trade—a straight line to our contemporary ability to “other” people.

The Shame and Symbolism of an Offshore Prison

And, I would suggest that Guantanamo stands as symbolic of all of this—who and what we are. The offshore prison at Guantanamo Bay stands on foreign land to which we have no right and are not wanted. I have visited nearby Guantanamo City and have demonstrated there with the local citizens who demand closure of the base.

Islamophobia clearly explains the reality of Guantanamo prison.  The poor souls there are as “other” as other can be.  Every man and boy imprisoned there has been a Muslim-or as so frequently characterized, the worst of the worst.  As Dr. Maha Hilal of Muslim Counterpublics Lab writes, “Guantanamo Bay is one of the most notorious examples of how the public narrative has justified the detention, torture, and murder of Muslim men by constructing them as inherently terroristic and irredeemable.” 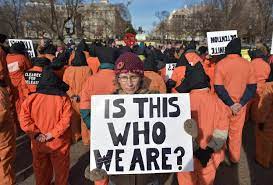 When we think of the forsaken souls at Guantanamo we know silence is not an option. Guantanamo persists as a symbol. There’s a level of complicity we all share. Biden says he wants to close it. It is incumbent upon every American to hold him to his stated intention.

You may learn how you can support Guantanamo survivors here.

Dud Hendrick is an Air Force veteran of the U.S. war in Vietnam (Explosive Ordnance Disposal) and a member of Veterans For Peace. He has traveled widely to meet with and to speak about the victims of U.S. foreign policy. He resides on Deer Isle, Maine, and can be emailed at dudhe@myfairpoint.net