People who drive electrically propelled vehicles are thought to be socially conscious and probably are. No fumes, no consumption of fossil fuels and the vehicles are quiet. Driving in traffic behind a green car can make a person feel guilty. For one hundred and fifty years internal combustion engines have been poisoning the air. Inventors and industrialists knew it but there was money to be made, so there you go. Billions of us have been in on it. Green cars, as the new ones are called, appear to be a solution although they can be expensive and inconvenient. To drive a long distance is an adventure in finding a recharge hook-up. Yet the trend toward buying electric cars is nearly in full swing. Major American automakers are now announcing all-electric cars. In September of 2021 you’ll be able to reserve your 2023 Cadillac LYRIQ “…where the rhythms, shapes and colors of the natural world meet your desire for modern adventure…” for $60,000. Makes it sound as though being a Cadillac customer anoints you as a tree hugger.

Price tags like the LYRIQ’s along with continued easy access to gasoline and the economy’s dependence on oil consumption means years more will pass until internal combustion engines are parked and forgotten, or driven to a scrap yard, although scrap yards are already so full you may have to pay to drop off your car. So let’s not assume battery powered vehicles are the dawn of a roll back from the destruction we homo sapiens have perpetrated on our planet. Manufacturing the lithium battery itself creates massive pollution. A recent New York Times article by Ivan Penn and Eric Lipton begins, “Atop a long-dormant volcano in northern Nevada, workers are preparing to start blasting and digging out a giant pit that will serve as the first new large-scale lithium mine in the United States in more than a decade – a new domestic supply of an essential ingredient in electric car batteries and renewable energy.”

We are told we need this mine because we are too reliant on foreign sources of lithium. The mining process will contaminate billions of gallons of ground water that will remain contaminated for hundreds of years. The mine will consume 3,224 gallons of water a minute and also create massive mounds of waste. Tribal lands will be harmed. The largest shareholder in the mining operation on leased federal land is a foreign company. 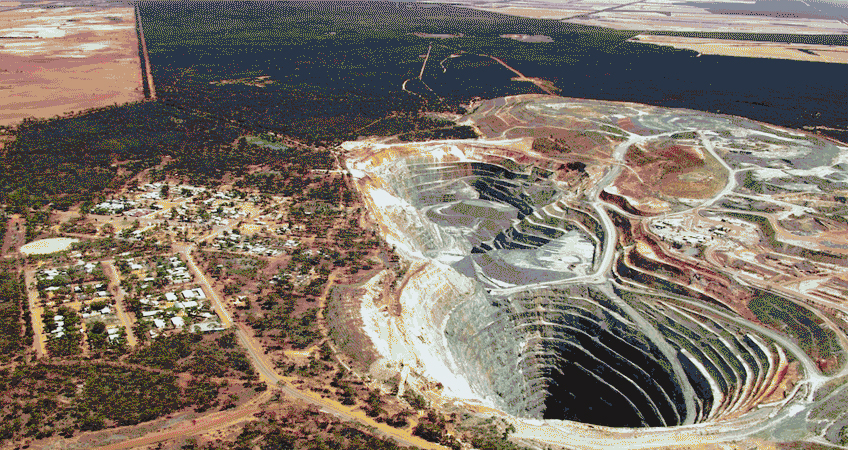 If you look at the problem you see the lithium battery is not, as it has been presented, an advancement in our stewardship of our planet. There are unforeseen consequences with the lithium battery. We continue to build and import automobiles with such abandon it is near impossible at times to find a parking spot. Everything about the contraptions, even if they have a lithium battery, was made from material stolen from the Earth. Bumpers on new cars are made from steel, aluminum, polyethylene and plastic. Steel is made of iron and carbon. Aluminum ore comes from bauxite. The ores for these metals are extracted from strip mines, open-pit mines and mountaintop removal mines. Plastic is an oil derivative. Polyethylene is made from fracked gas. Recycling any of these materials is a pipe dream. Ask the people who own your scrap yard.

We’ve raped mother earth for our own satiation. Everything came out of the ground, even the bricks and the lumber our homes are made from. It’s too late to take your microwave to the junk yard. Our only defense against the encroaching ecological calamity is to not use superfluous products already purchased and be careful about buying the next new gizmo. Everything invented isn’t progress.
We are blind to what we have done. We sit in a traffic jam on a freeway by San Francisco Bay where not long ago the Ohlones lived and fished and gathered clams. We cuss the traffic jam as we listen to bad news on the radio and tsk-tsk what a mess the world is, numb to the major roll we play. The Ohlones moved to southern California and took Mexican names when a bounty was put on their heads. That has nothing to do with the components of a car seat or synthetic motor oil, it’s only a digression, the kind of thought a person might conjure to avoid the facts about all of the cars in the traffic jam.

The base material of synthetic motor oil is made from chemically modified petroleum of which the base material is crude oil. Car seats are made from nylon and polyester. Polyester is made by mixing ethylene glycol (also used in antifreeze and hydraulic brakes) and terephthalic acid. Nylon is made from petroleum. The tires are largely made of petroleum byproducts.

An old man I knew, Bob Campbell, had his driver’s license taken away when his vision began to fail. He was eighty four. He told me he’d been driving since he was twelve.

He grew up on a dairy farm near Dansville, a village of four thousand in the Finger Lakes region of New York State. One day an Oldsmobile salesman drove into the yard. He was selling cars house to house, taking orders and delivering. While the salesman talked with Bob’s dad, Bob hopped into the driver’s seat. The salesman showed Bob the rudiments and Bob drove off. When he got back he found his dad had ordered a car.

“This was before you needed a driver’s license,” Bob told me.

“I bet there weren’t many paved roads back then.”

“Huh!” Bob said. “There weren’t any!” Then he told me in what order the streets and roads of Dansville and surrounding area were paved. He still had his license when a four-lane highway was put in running north and south along the outskirts of Dansville, connecting Rochester with a four-lane highway along the Pennsylvania border. Most people in Dansville weren’t happy about it. Merchants in the Downtown Historic District said it would kill their businesses and it largely did. Bob didn’t like it because the good farmland that had originally lured settlers to Dansville was being paved over.

Our only defense against the encroaching ecological calamity is to not use superfluous products already purchased and be careful about buying the next new gizmo.
This has happened in every state in the union. Settlers settled where the land was good. As more settlers arrived more of the good land was built over. With the advent of the automobile broad strips of asphalt and concrete were laid down across what had been lush fields, beautiful valleys, pristine wilderness. Expressways were bulldozed through functioning urban neighborhoods. Because of paved roads and automobiles, homes could be built and sold far from the centers of commerce. A commuter became a demographic. Pleasant looking neighborhoods sprawled in every direction. Neighborhoods with developer’s names like Lakedale while no lake was within miles went up where orchards grew for generations. Neighborhoods without sidewalks were acceptable because everything a household needed was further than a walk away. Shopping centers took up acre after acre where corn had grown, and were surrounded by parking lots the size of four football fields. Every home has a washer and dryer, a dishwasher, a microwave oven, an ice cube-dispensing refrigerator, a giant television, and a two-car garage so full of plastic gizmos the cars never get in.

Overabundance isn’t a problem exclusive to suburbia. City homes and apartments and hotel rooms and most vacation getaways are similarly accoutered. If you ask anyone about, say, a microwave oven you’ll be told everyone has one.

Well, like the automobile, we Americans have more of all of that than any other people. Considering what we think “everyone has”, it’s hard to believe sixty percent of the world population does not have a toilet in their home. That’s 4.2 billion people. Not actually the theme of this writing, but most Americans look down on the impoverished as though they aren’t as clever as we are. If we’re so clever why do we need a plumber when something goes wrong with the plumbing we think everyone has? The awful truth is 1.6 million Americans have no use for a plumber. They don’t have plumbing. Right here in the land of tax breaks for the very rich 1.6 million Americans do not have flush toilets. Given what we now know about the consumption of natural resources surrounding the lithium battery we could say those 1.6 million Americans are doing more for the environment than the people driving electric cars.

We’ve raped mother earth for our own satiation. Everything came out of the ground, even the bricks and the lumber our homes are made from. It’s too late to take your microwave to the junk yard. Our only defense against the encroaching ecological calamity is to not use superfluous products already purchased and be careful about buying the next new gismo. Everything invented isn’t progress.

We praise cultures that leave behind pyramids and castles. Cultures who come and go with barely leaving a trace we think of as primitive. Many primitive people have disappeared over the millennia leaving only bones and undecipherable runes. But since Europeans arrived in the Americas, too often the reason for a culture’s music, art, religion and even languages not surviving is our need to erase them in the pursuit of the natural abundance they managed well.

Einstein wrote, “All of our exalted technological progress, civilization for that matter, is comparable to an ax in the hand of a pathological criminal.”

Denny Riley is an Air Force veteran of the U.S. war in Vietnam, a writer, and a member of San Francisco Veterans For Peace Chapter 69.