After two years of pandemic-induced delays and a change of host country, governments from 195 countries finally arrived in Montreal in December for COP15, the U.N. summit on biodiversity.

As negotiations began on the biodiversity targets that would define the decade, rebels in some of the most biodiverse regions of the world launched actions to pressure their governments and spread awareness of the biodiversity crisis.

Rebels in Argentina staged a blood-smeared protest outside a courthouse in Córdoba to demand their government stop the relentless extractivism and construction in the region, and address local water shortages.

In Misiones, the province with the greatest biodiversity in Argentina, rebels painted messages on the motorway walls that act as death traps for endangered animals. More than 5000 are killed each year, including jaguars, ocelots, bears and tapirs. 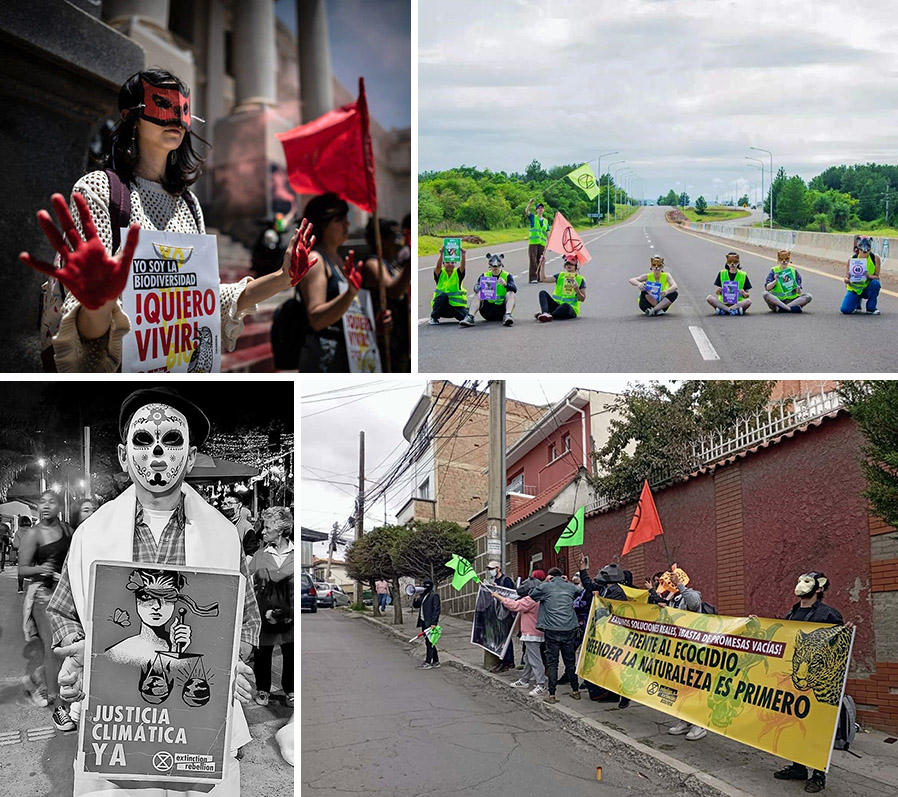 Rebels rally in Córdoba and Misiones, Argentina (top), on the streets of Medellín, Colombia, and by the National Service of Protected Areas in La Paz, Bolivia (bottom).

Across Africa, including in Democratic Republic of Congo, Nigeria, Rwanda, Senegal, Tanzania, and Uganda, rebels held seminars with farmers, students, and women’s groups to discuss the causes and impacts of biodiversity loss, and spread awareness of sustainable cultivation practices as well as the need to conserve wild spaces.

Rebels in Zimbabwe (welcome, XR Zimbabwe!) marked COP15 by planting trees on a deforested part of a mountain sold to a stone-mining company. The quarry was green lit by Mutare city council last year even though it endangered local residents and their water supply. 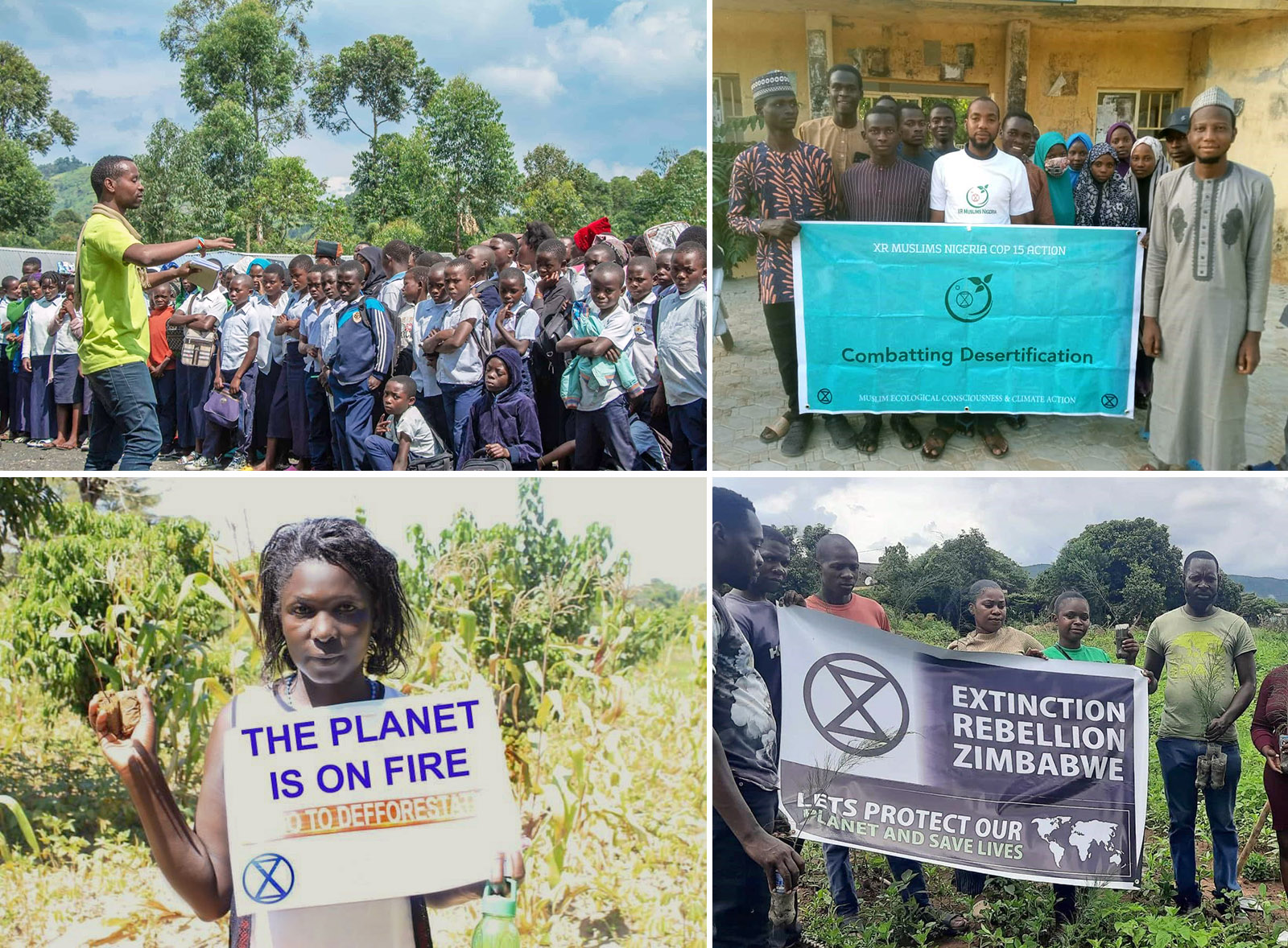 In Montreal itself, activists from Collectif Antigone (who have close links with XR Montreal) helped unfurl a giant banner telling world leaders to stop following the whims of ecocidal billionaires trying to influence global policy on biodiversity.

After two weeks of negotiations, a Framework of four goals and 23 targets was agreed to by all parties. The final text recognised Indigenous leadership as key to recovering biodiversity and called for Indigenous people (as well as all women, children, and disabled people) to be part of national decision-making. 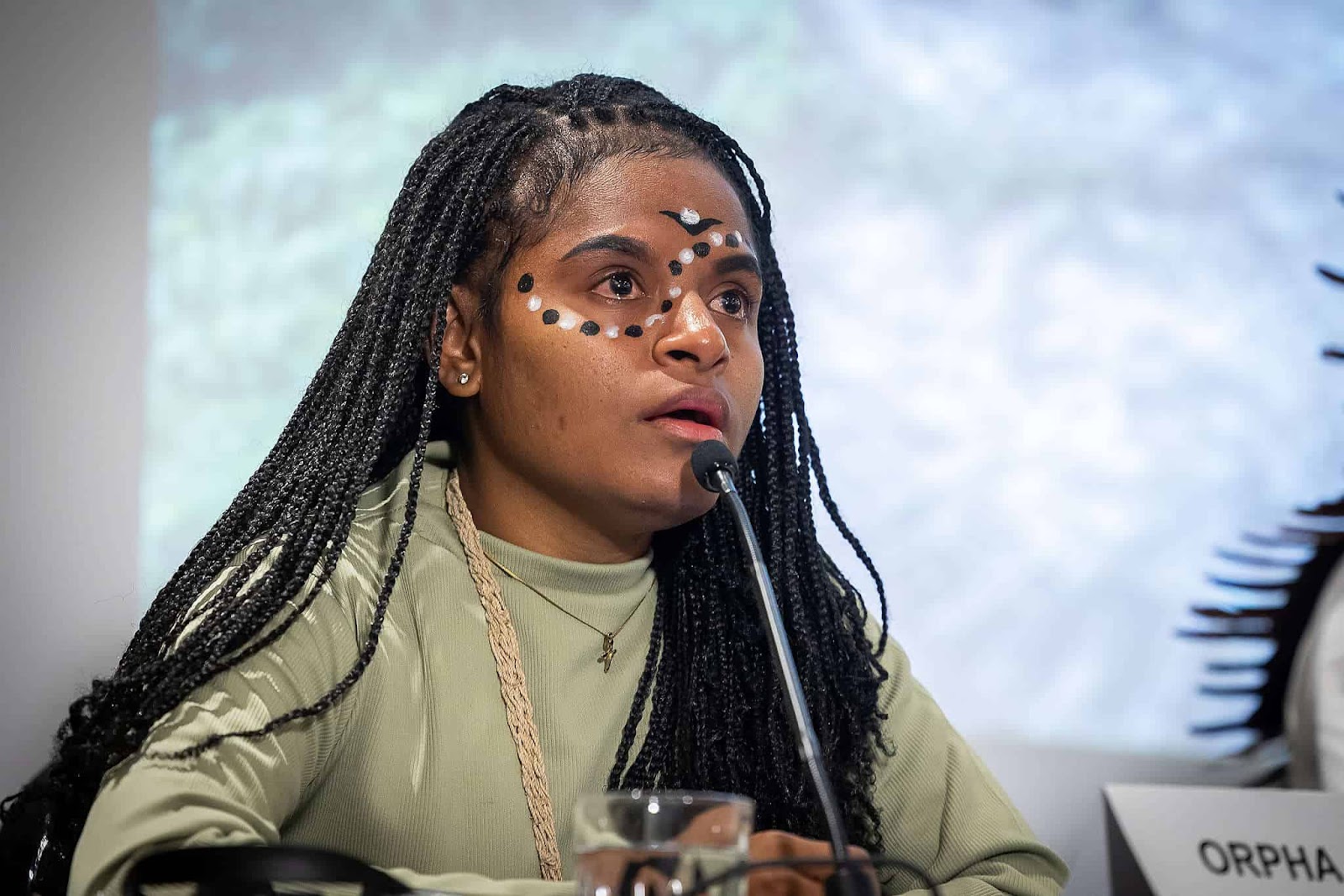 A Namblong woman from West Papua, Indonesia explains how a palm oil company is destroying her forest homeland at a press conference in Montreal. Photo: Toma Iczkovits/Greenpeace

Elsewhere, though, the Framework has serious problems. Many of the targets are written in vague or compromised language. Even the headline target of preserving 30% of land and sea for nature by 2030 doesn’t explicitly exclude extractivism from those protected areas.

Corporate schemes like offsetting are also included in the targets, enabling ecocidal industries to continue exploiting what’s left of our biodiversity for profit.

And in a repeat performance of COP27, the Global North is refusing to give adequate funds to the Global South to stop planetary breakdown. The Global South is rich in biodiversity, and protecting it takes money. Negotiations very nearly broke down over this issue, and the final pledge of $30bn per year is far from enough. 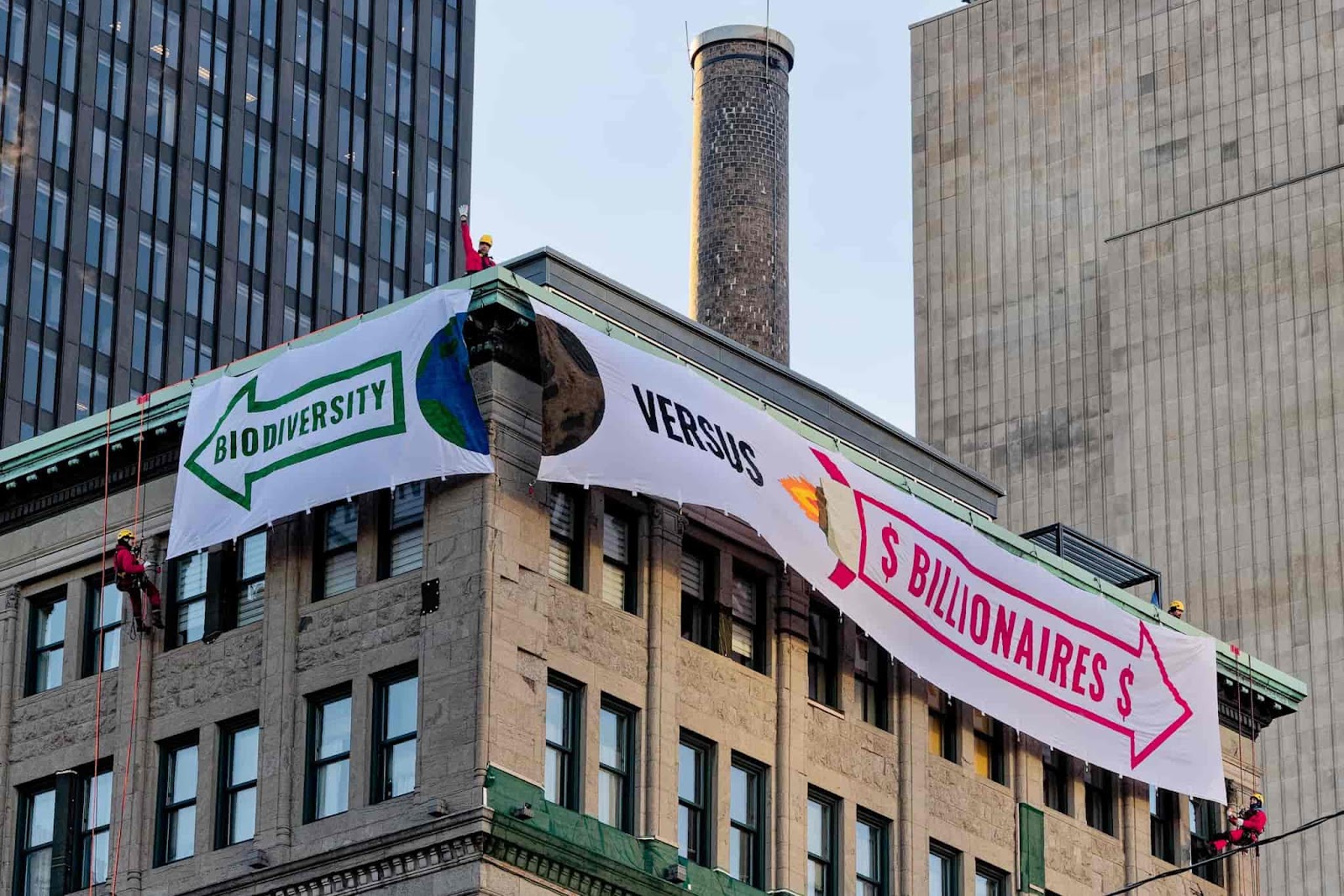 Climber-activists unfurl a banner telling billionaires to back off from biodiversity policy in central Montreal.

But the biggest problem with the targets is that they are not legally binding. Governments are expected to go away and draw their own plans to implement them, then report back at COP16 in Turkey next year, echoing the failed process that followed the Paris Agreement.

The last time governments set UN biodiversity targets, in Japan in 2010, they failed to meet a single one.

Biodiversity has long taken second place to the climate crisis on the world stage, despite both crises arising from human overconsumption and a global economic system reliant on that overconsumption. Until this ecocidal engine is dismantled, there is no credible way for our atmosphere to decarbonise, nor for our planet to sustain a healthy biosphere. 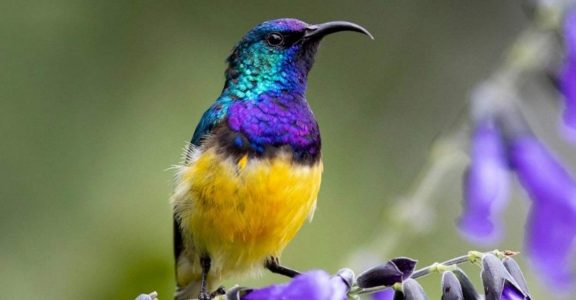