The bombing of Afghanistan was not legitimate self-defense under the U.N. Charter because Afghanistan did not attack the United States on Sept. 11, 2001.

President Joe Biden’s decision to end the Afghan war – one that should never have been fought in the first place — was correct. Missing from the national discourse, however, is analysis of the illegality of the 2001 U.S.-led NATO invasion of Afghanistan (dubbed “Operation Enduring Freedom”) and resulting war crimes committed by four U.S. presidents and their top officials and lawyers.

Once again, the United States has lost a war it started illegally. But as U.S. troops leave Afghanistan, the Biden administration continues to kill — and promises to persist in killing — Afghan people.

Twenty years of the U.S. war and occupation in Afghanistan cost at least $2.26 trillion and resulted in the deaths of more than 2,300 Americans and tens of thousands of Afghan civilians.

The “war on terror” George W. Bush launched with his “Operation Enduring Freedom” has included the torture and abuse of untold numbers people in Afghanistan, Iraq, Guantánamo and the CIA black sites. It has exacerbated right-wing terrorism in the United States and provided the pretext for the ubiquitous surveillance of Muslims and those who dissent against government policy.

And whistleblowers who expose U.S. war crimes have been rewarded with prosecutions under the Espionage Act and lengthy prison sentences. We must not forget the illegality, death and destruction that the war in Afghanistan has caused over the decades, lest we repeat our lethal mistakes.

Like the U.S. wars in Vietnam and Iraq, Bush’s invasion of Afghanistan was unlawful and led to the commission of torture and targeting of civilians, which constitute war crimes. Those three wars caused the deaths of thousands — even millions — of people, cost trillions of U.S. taxpayer dollars, and devastated the countries of Vietnam, Iraq and Afghanistan.

The Bush administration began bombing Afghanistan on Oct. 7, 2001, less than one month after the Sept. 11, 2001, terrorist attacks on the World Trade Center and the Pentagon. As I explained at the time, the U.S.-led NATO invasion of Afghanistan violated the United Nations Charter, which does not permit the use of military force for retaliation.

“President Bush rejected an offer from Afghanistan’s ruling Taliban to turn over suspected terrorist mastermind Osama bin Laden to a neutral third country yesterday as an eighth day of bombing made clear that military coercion, not diplomacy, remains the crux of U.S. policy toward the regime.”

“The United States is not inclined to negotiate surrenders,” Secretary of Defense Donald H. Rumsfeld said. He added that the U.S. did not want to leave Mullah Omar to live out his life in Afghanistan. The United States wanted him captured or killed.

The Charter says that a country can use military force only when acting in self-defense or with permission of the UN Security Council. Neither of those preconditions was present before the United States invaded Afghanistan (or Vietnam or Iraq for that matter).

In order to constitute lawful self-defense, an act of war must respond to an armed attack by another state, according to the Charter. The need for self-defense must be “instant, overwhelming, leaving no choice of means, and no moment for deliberation,” under the well-established Caroline Case.

This bedrock principle of self-defense in international law has been affirmed by the Nuremberg Tribunal, which was conducted in 1945 to 1946 to investigate and prosecute Nazi war criminals, and the UN General Assembly.

The bombing of Afghanistan was not legitimate self-defense under the Charter because Afghanistan did not attack the United States on Sept. 11, 2001. The 9/11 attacks were crimes against humanity, not armed attacks by another state. The hijackers were not even Afghans; 15 of the 19 men came from Saudi Arabia. Moreover, there was not an imminent threat of an armed attack on the U.S. after Sept. 11, or the United States would not have waited nearly a month before initiating its bombing campaign.

Bush’s rationale for attacking Afghanistan was that it was harboring Osama bin Laden and training terrorists, even though bin Laden did not claim responsibility for the 9/11 attacks until 2004. Bush demanded that the Taliban turn over bin Laden to the United States. The Taliban’s ambassador to Pakistan said his government wanted evidence that bin Laden was involved in the 9/11 attacks before deciding whether to extradite him. That proof was not forthcoming so the Taliban did not deliver bin Laden. Bush began bombing Afghanistan.

Although the Security Council had passed Resolutions 1368 and 1373, neither authorized the use of force in Afghanistan. Those resolutions condemned the 9/11 attacks; ordered the freezing of assets; criminalized terrorist activity; mandated the prevention of terrorist attacks and the taking of necessary steps to prevent the commission of terrorist activity, including the sharing of information; and urged the ratification and enforcement of the international conventions against terrorism.

The U.S. failure to commit to multilateralism — the cornerstone of international law at the heart of the UN Charter — is the fundamental flaw of U.S. policy in Afghanistan.

Since the Rome Statute for the International Criminal Court did not come into effect until 2002, the crimes against humanity perpetrated on 9/11 should have been prosecuted in domestic courts under the well-established doctrine of universal jurisdiction, which allows countries to prosecute foreign nationals for the most heinous of crimes.

And the Security Council could have established a special tribunal for the 9/11 attacks, like it did in Yugoslavia and Rwanda. But the U.S.-led invasion of Afghanistan was illegal.

The illegal invasion and occupation of Afghanistan and resultant “war on terror” led to the commission of war crimes, including torture and targeting civilians.

Bush’s administration instituted a widespread program of torture and abuse. A 2014 report of the Senate Select Committee on Intelligence documented the use of waterboarding, which constitutes torture, and other “enhanced interrogation techniques.”

Detainees were slammed into walls; hung from the ceiling; kept in total darkness; deprived of sleep, sometimes with forced standing, for up to seven and one-half days; forced to stand on broken limbs for hours on end; threatened with mock execution; confined in a coffin-like box for 11 days; bathed in ice water and dressed in diapers.

On March 5, 2020, the International Criminal Court (ICC) ordered a formal investigation of U.S., Afghan and Taliban officials for war crimes, including torture, committed in the “war on terror.” The ICC prosecutor found reasonable grounds to believe that, pursuant to a U.S. policy, members of the CIA had committed war crimes. They included torture and cruel treatment, and outrages upon personal dignity, rape and other forms of sexual violence against people held in detention facilities in Afghanistan, Poland, Romania and Lithuania.

During the Obama administration, prisoners held at Guantánamo were force-fed, which amounts to torture. Obama’s use of drones to kill people in seven different countries violated the UN Charter and the Geneva Conventions.

Donald Trump conducted airstrikes in Iraq and Syria that killed record numbers of civilians, also in violation of the UN Charter and the Geneva Conventions.

Killing as It Pulls Out of Afghanistan 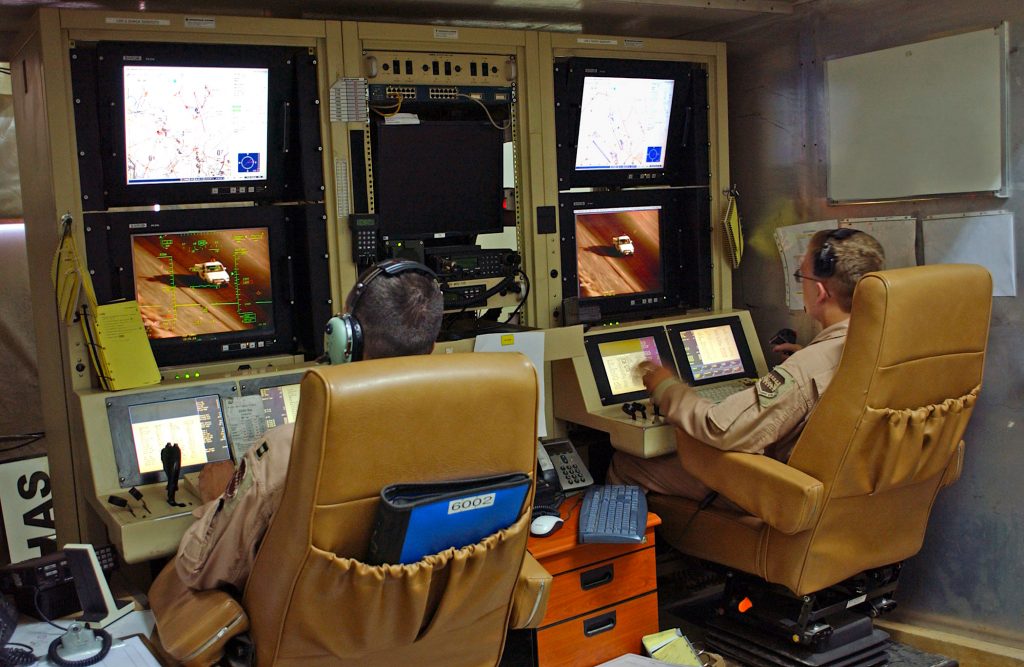 As Biden completes the withdrawal of troops from Afghanistan, his administration continues to kill people there.

On Thursday, Aug. 26, Islamic State Khorasan (or ISIS-K) detonated a suicide bomb outside the Kabul airport. As many as 170 civilians and 13 U.S. service members were killed. BBC reporter Secunder Kermani cited eyewitnesses who said that a significant number of those killed were shot by U.S. troops “in the panic after the blast.” Indeed, The New York Times reported that Pentagon officials admitted “that some people killed outside the airport on Thursday might have been shot by American service members after the suicide bombing.”

Nevertheless, on Aug. 27, Biden retaliated with a drone strike that apparently killed “an ISIS-K planner,” even though “there was no evidence so far that he was involved in the suicide bombing near the airport on Thursday.” The U.S. Central Command released a statement that said, “We know of no civilian casualties” from the U.S. drone strike. But according to The Guardian, an elder in Jalalabad reported that three civilians were killed and four were injured in the U.S. drone strike.

On Aug. 27, the United Nations Security Council issued a press statement affirming that “all parties must respect their obligations under international humanitarian law in all circumstances, including those related to the protection of civilians.” The Council stated that “any acts of terrorism are criminal and unjustifiable, regardless of their motivation, wherever, whenever and by whomsoever committed.”

Moreover, the Council “reaffirmed the need for all States to combat by all means, in accordance with the Charter of the United Nations and other obligations under international law . . . threats to international peace and security caused by terrorist acts.”

Nonetheless, on Aug. 29, Biden launched another drone strike against suspected members of ISIS-K, blowing up a vehicle apparently containing explosives. At least 10 members of the same family, including six children, were killed. The Central Command called the attack “a self-defense unmanned over-the-horizon airstrike today on a vehicle in Kabul.”

Biden’s administration has pledged to conduct “over-the-horizon” operations in Afghanistan. The U.S. plans to monitor terror threats with surveillance and execute air strikes from beyond Afghanistan’s borders, particularly in the Persian Gulf. But as the Security Council stated, all countries have a legal duty to comply with international law.

The United States must completely refrain from using military force in Afghanistan. As Rep. Sara Jacobs (D-California) said, “the answer cannot be more war and violence. The answer cannot be launching more ineffective and unaccountable counterterrorism operations.” Jacobs added that the United States “owe[s] it to all those who lost their lives to not commit the same mistakes” it made nearly 20 years ago after the September 11 attacks.

Marjorie Cohn
Marjorie Cohn is professor emerita at Thomas Jefferson School of Law, former president of the National Lawyers Guild, and a member of the national advisory boards of Assange Defense and Veterans For Peace, and the bureau of the International Association of Democratic Lawyers. Her books include Drones and Targeted Killing: Legal, Moral and Geopolitical Issues. She is co-host of Law and Disorder radio.