Author: Elizabeth Cronise McLaughlin
Elizabeth Cronise McLaughlin is the CEO of Gaia Project Consulting, LLC, a worldwide executive coaching and consulting firm, as well as the founder of The Gaia Project for Women’s Leadership. She has been featured in major media such as CNN, Forbes.com, The Huffington Post, and The New York Times. She has taught courses to thousands of executives worldwide, including at Columbia Law School and on behalf of Emerging Women Live. She speaks routinely in corporate and non-profit environments. Becoming Heroines is her first book. 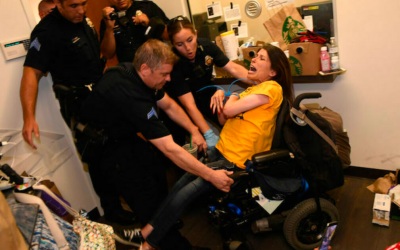 A Parade Is Not a Protest

Protests that make real change disrupt the operation of power. Now is a good time to ask yourself: what you are willing to do to save lives?