Author: Danny Sjursen
Danny Sjursen is a retired U.S. Army officer, the director of the Eisenhower Media Network (EMN), a senior fellow at the Center for International Policy (CIP), contributing editor at Antiwar.com, and co-hosts the podcast “Fortress on a Hill.” His work has appeared in the NY Times, LA Times, The Nation, The Hill, Salon, The American Conservative, and Mother Jones, among other publications. He served combat tours in Iraq and Afghanistan and taught history at West Point. He is the author of three books, Ghostriders of Baghdad: Soldiers, Civilians, and the Myth of the Surge; Patriotic Dissent: America in the Age of Endless War, and most recently A True History of the United States. Follow him on Twitter @SkepticalVet. 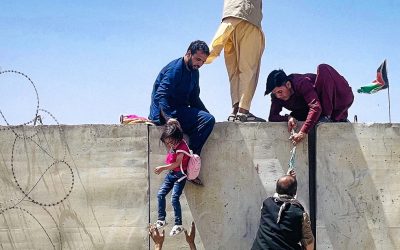 Self-Delusion Is Cruelest of All: The Collapse of Afghanistan and American Illusions

An uncompromising view of the disastrous end to the U.S. invasion and 20-year occupation of Afghanistan from a military veteran of that war.