A War of Rhetoric and Reality

Washington put us all on notice when Zelensky got to town: It has no intention of seeking a diplomatic solution to the Ukraine crisis and every intention of recommitting indefinitely to its ideological war.

Passing through Austin, Texas, the other night, we had drinks with a distinguished observer of global affairs and took the opportunity to ask how he thought the war in Ukraine would conclude. It is a common question these days. While no answer can be definitive, it is always interesting to discover what wise heads see out front.

“Either Russia prevails on its terms,” came the answer, “or there is a nuclear exchange.”

I do not think this stark assessment would have necessarily held up even a month ago. I may not have agreed with it, in any case. But the war has escalated markedly over the past week or two. And our Austin companion’s either/or prediction seems now to be the terrible truth of new circumstances.

There are numerous indications that Russia is preparing to launch a major offensive in coming weeks or months. With Volodymyr Zelensky’s circus-like visit to Washington last week, the Biden administration and the Democrat-controlled Congress have drastically, recklessly increased their investment in the Ukrainian president’s regime — a good-money-after-bad judgment if ever there was one.

As John Mearsheimer and Jack Matlock, two astute students of this conflict, have argued, neither side can afford to lose in Ukraine. But what is at stake for Russia and the West — Ukraine being the latter’s proxy — is very different.

The Biden administration’s rhetoric since the Ukraine crisis sharpened prior to the outbreak of hostilities in February has cast this conflict as a near-cosmic confrontation between liberalism and authoritarianism. I do not see that this is very different from Bush II’s biblical baloney about Gog and Magog as it prepared to invade Iraq, or Mike Pompeo’s unhinged end-times talk when he was whipping up war fever against Russia and China while serving as Donald Trump’s secretary of state.

It is difficult to see, by contrast, how our addled president can find his way to talks given how he and the third-rate neoconservatives who control his foreign policies have cast this conflict. And it is too easy to imagine these people reaching for the nuclear buttons once their follies become evident. 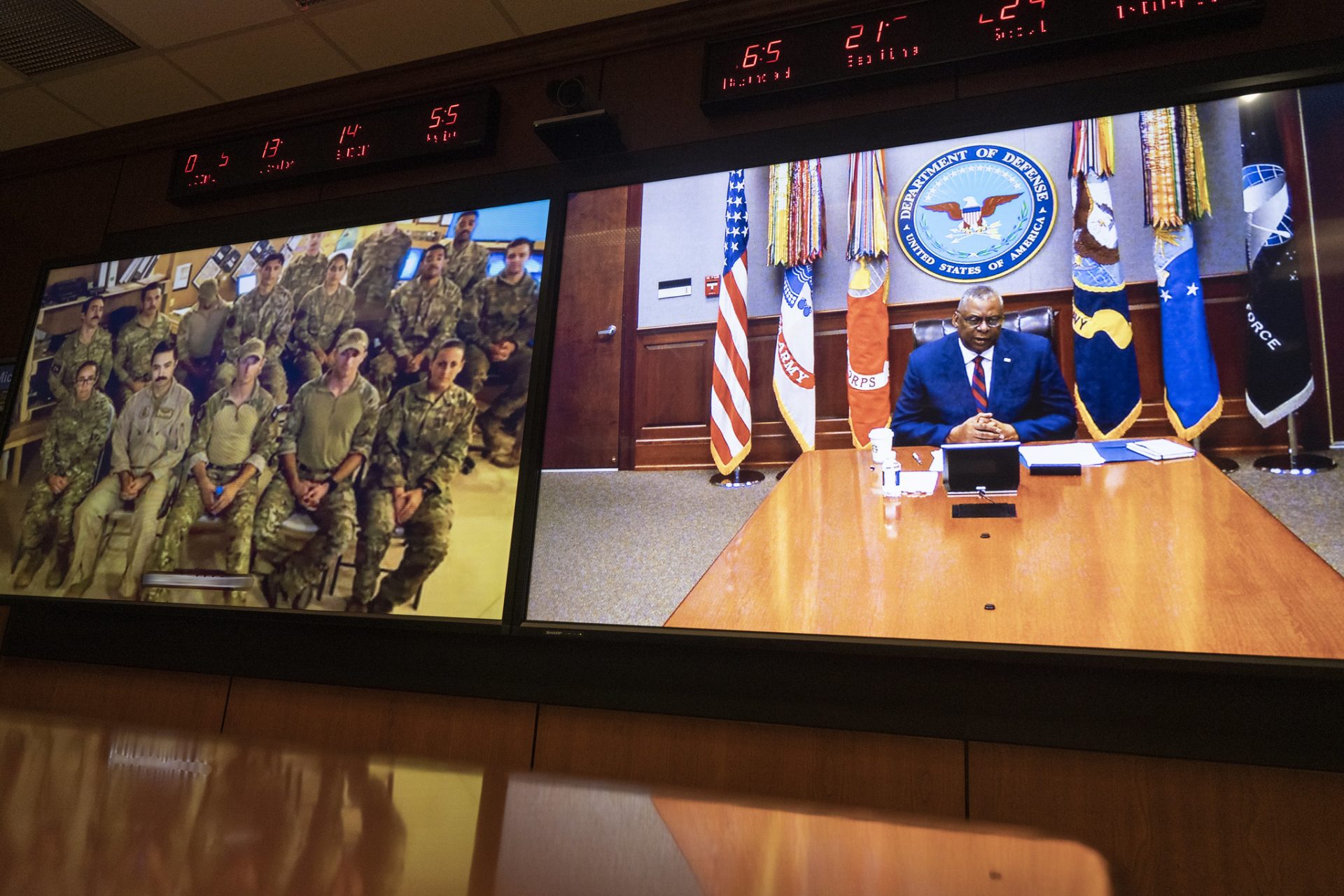 Two conclusions are due at this point.

One, on the terms our Austin friend offered, we must hope Russia eventually prevails in Ukraine on its terms. This is the only available path to a stable, enduring global order once the guns go silent.

Two, I must return to my original assessment of Moscow’s “special military operation.” The Russian intervention was regrettable but necessary. Let us not forget the nomenclature here. This is a sovereign nation defending itself against an imperium that will not stop aggressing until it is forced to stop. Thirty years of ignoring Moscow’s repeated requests to negotiate a mutually beneficial post–Cold War security order are demonstration enough of this.

Braggadocio and the Battlefield

The braggadocio coming out of Kiev and Washington, always faithfully reproduced in corporate-owned media, seems to grow more preposterous in direct proportion to the diminishing prospects of the Armed Forces of Ukraine, the AFU, on the ground. This war is going very badly for the Ukrainian side and its backers, never mind the pabulum you read in the major dailies. We read of battlefield victories that are not victories. We read that Russia is running out of matériel when there is no shred of evidence that this is so. As Alexander Mercouris noted in a podcast the other day, Kiev’s response to wave upon wave of punishing rocket and drone attacks amounts to fables to the effect that almost all the drones and rockets are shot down.

At this point the hollow hyperbole begins to turn menacing. Zelensky recently announced that Kiev’s campaign to retake Crimea has begun. He subsequently struck the pose of a benign Great Man: Vladmir Putin’s life will be spared, he declared — presumably when Ukrainian forces take Moscow. The Russian president must be hugely relieved.

House Speaker Nancy Pelosi, who appears these days to be as mentally diminished as Biden, compared Zelensky with Churchill and called his remarks to Congress, which his hosts evidently wrote for him, one of the greatest speeches ever delivered on Capitol Hill.

I do not think I have ever seen a state visit so thoroughly Hollywood-ized. But it is important to get beyond mere derision. This garish display was timed to ease passage of a defense authorization bill that provides Ukraine with $44 billion more in weaponry during the coming year.

Washington put us all on notice when Zelensky got to town: It has no intention to seek a diplomatic solution to the Ukraine crisis and every intention to recommit indefinitely to its ideological war no matter how steadily Ukraine marches toward defeat. Biden, in this last connection, announced during his Oval Office encounter with Zelensky that the U.S. intends to ship a Patriot missile-defense battery to Ukraine. Cost: about $1 billion.

Alexander Mercouris, a very close follower of events in and around Ukraine, recently listed the exceptional series of meetings Putin has held over the past couple of weeks with the entire, not to say sprawling military and national security establishment. In Moscow, the Russian leader met with all of his top military commanders and national security officials, often individually, before conferring with Sergei Surovikan, the general he put in charge of the Ukrainian operation earlier this year, at Surovikan’s headquarters inside the conflict zone. 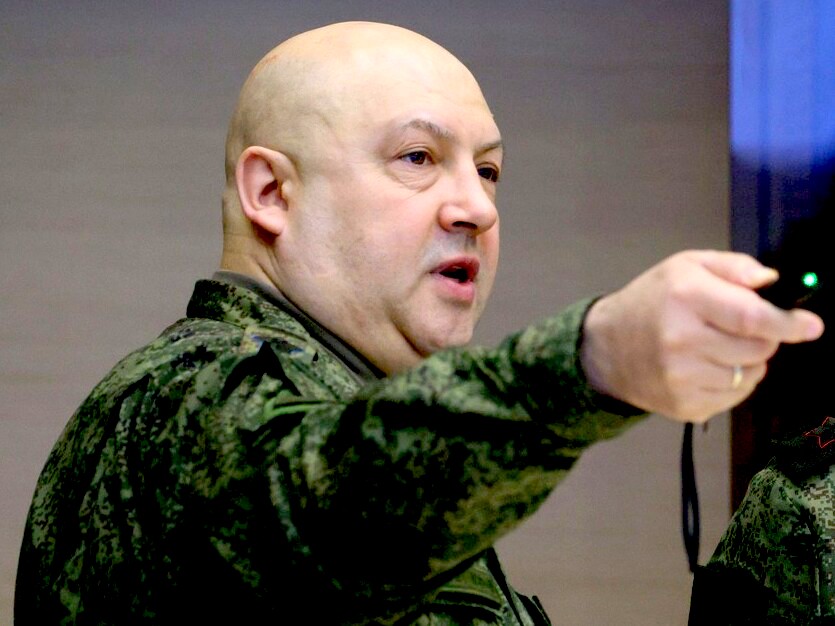 Putin subsequently flew to Minsk with Foreign Minister Sergei Lavrov and Defense Minister Sergei Shoigu for exchanges with the Belarus political and military leadership. Then it was onward to meet with the leaders of the two republics, Donetsk and Lugansk, that were incorporated via referenda into the Russian Federation last autumn.

It is impossible to avoid concluding that these back-to-back meetings, barely covered in the Western press, portend a new, near- or medium-term military initiative in Ukraine. As Mercouris put it, “Something very big is on the way.”

Among the most interesting encounters in all of this took place in Beijing last week, when Dmitry Medvedev, currently deputy chairman of the Russian Security Council and long close to Putin, had talks with Xi Jinping. 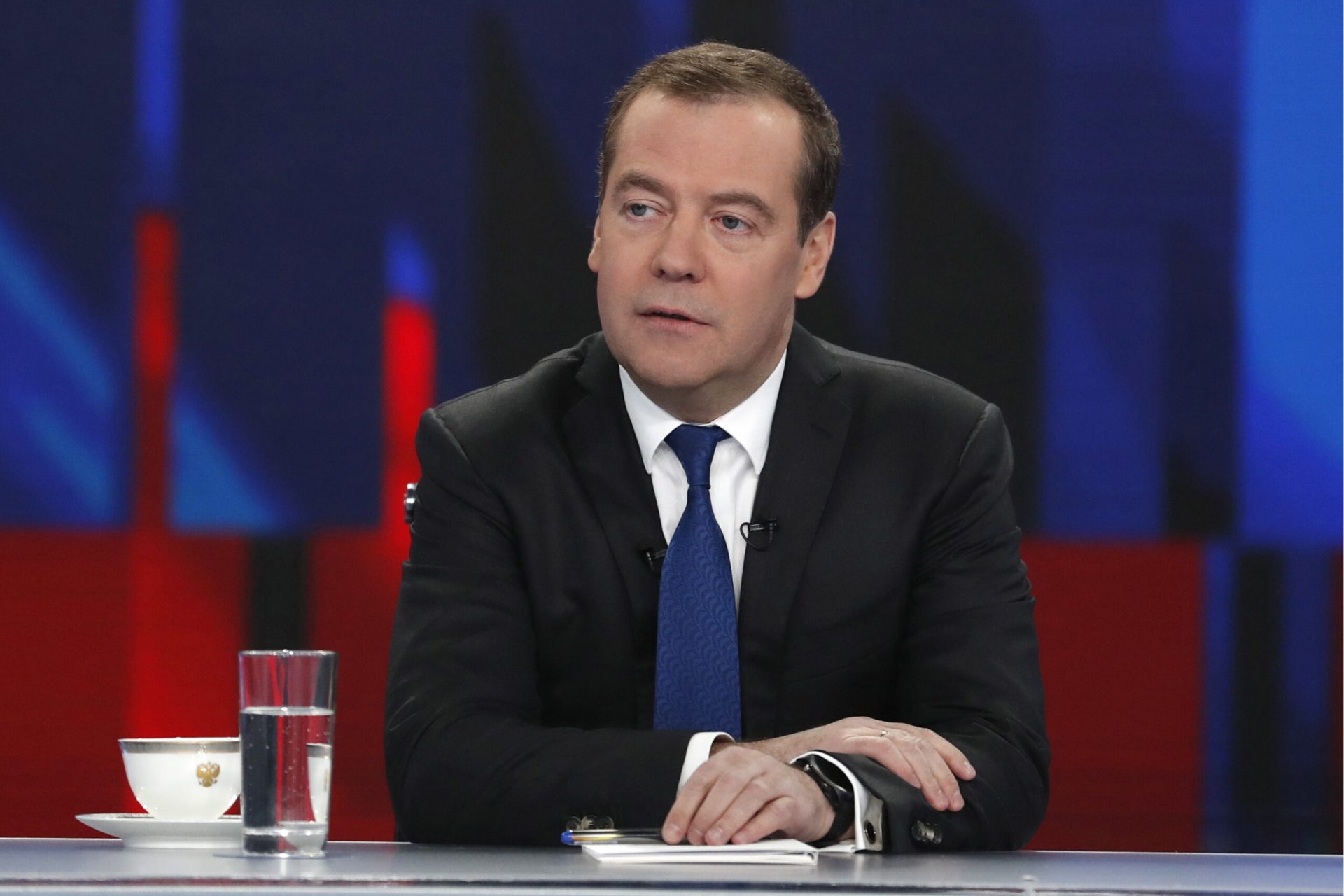 The Chinese readout of the meeting was somewhat anodyne, but I hazard a confident guess that Medvedev, whatever else he had to say and whatever was in the letter from Putin he brought with him, briefed the Chinese president on Russia’s military planning.

Four days after the Medvedev–Xi encounter, the Chinese Defense Ministry issued a statement directly related to the Taiwan crisis but pointedly broad in its implications. It read in part: “Facts have proved more than once that the U.S. is the direct threat to the international order and the culprit of the regional turbulence.”

Let us not miss the import here. In my read, China has just signaled that it shares Russia’s assessment that its adversary in Ukraine is neither Ukraine nor the Ukrainian people; its adversary is the West as led by the American imperium. This is what getting the nomenclature right means. Name something correctly and understanding is bound to follow.

At some point in the not-distant future, the war of hollow rhetoric in behalf of imperial hubris will weaken and drift toward collapse. This degree of Surreal detachment from reality simply cannot be sustained indefinitely — not in the face of a new Russian initiative, whatever the form it turns out to take.

Ukraine, as noted previously in this space, is the soil upon which these forces have chosen to wage their go-for-broke war not only against Russia, but also against the emergence of non–Western nations as influential powers in a new world order. To turn back these forces in Ukraine will be the most important victory and the most important defeat so far in our century, and very possibly for the rest of it.

Patrick Lawrence, a correspondent abroad for many years, chiefly for the International Herald Tribune, is a columnist, essayist, author and lecturer. His most recent book is Time No Longer: Americans After the American Century. His Twitter account, @thefloutist, has been permanently censored. His website is Patrick Lawrence.us. Support his work via his Patreon site.