Author: John Trudell
John Trudell (1946–2015) was a poet and activist. He was the spokesperson for the United Indians of All Tribes’ nine-month occupation of Alcatraz island. From 1973 to 1979, he served as the chairman of the American Indian Movement (AIM). In 1979, Trudell’s pregnant wife, three children, and mother-in-law died in a house fire that occurred shortly after Trudell held a protest in Washington, D.C. In addition to writing poetry, Trudell became involved with music, working and recording albums with Kiowa guitarist Jesse Ed Davis, composer Tony Hymas, A Tribe Called Red, and his own band, Bad Dog. 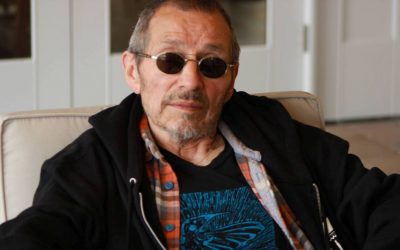